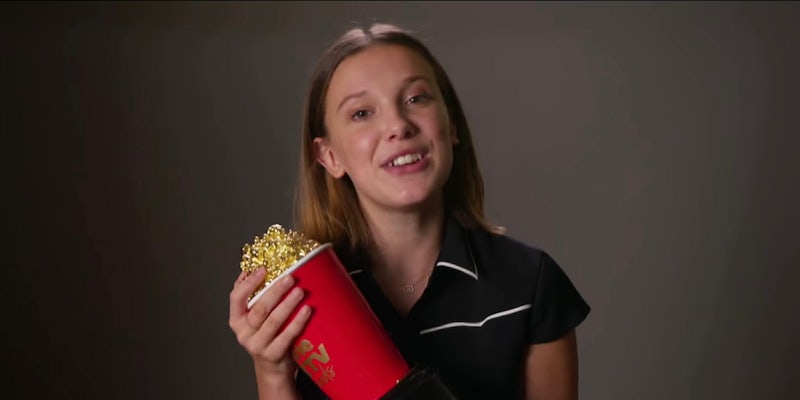 Stranger Things star Millie Bobby Brown won the MTV Movie & TV Award for best actor in a show and used her acceptance speech Monday to speak out against bullying after she was bullied off Twitter.

Brown, who revealed that she split her kneecap last week, was unable to attend the MTV Movie & TV Awards taping on Saturday, so she recorded a message to play during the ceremony, which aired on MTV Monday night. She acknowledged that getting to play Eleven in Stranger Things has changed her life and thanked the “remarkable people” she gets to work with on a daily basis.

She ended her speech on a poignant note with a message to young fans (as well as the older ones) about how people treat each other.

“Since I know there are many young people watching this—and even for the adults—they could probably use the reminder that I was taught,” Brown said. “If you don’t have anything nice to say, just don’t say it. There should be no space in this world for bullying, and I’m not going to tolerate it, and neither should any of you. If you need a reminder of how worthy you are and to rise above the hate, message me on Instagram.”

Brown was the target of online bullying on Twitter after users posted false memes that characterized her as homophobic and Islamophobic and used the hashtag #TakeDownMillieBobbyBrown. As a result, she deleted her Twitter account, but she remains active on Instagram.