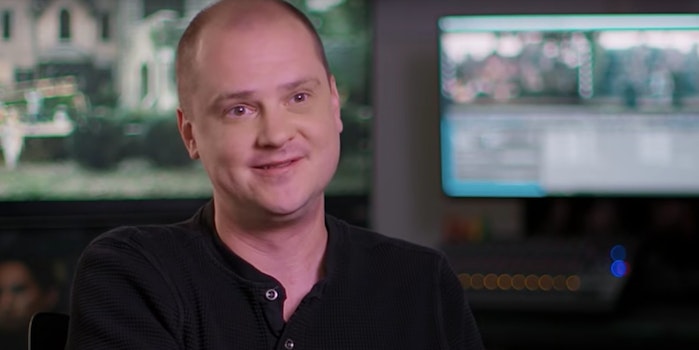 The duo signed a multi-year TV deal with Netflix earlier this year.

Mike Flanagan and Trevor Macy, the duo behind Netflix’s horror series The Haunting of Hill House, have signed on to create another terrifying show for the streaming platform.

The announcement follows the news of the duo’s production company, Intrepid Pictures, signing a multi-year TV deal with the platform in February.

Their new show, titled Midnight Mass, will follow an isolated island community whose lives take a turn toward the dark side, after the arrival of a mysterious young priest. Flanagan will direct the seven-episode series, and serve as executive producer alongside Macy.

Flanagan and Macy became horror-household names after the breakout success of their Netflix show Haunting of Hill House, which was based on Shirley Jackson’s book of the same name.

Netflix ordered a second installment of the series, Haunting of Bly Manor, in hopes of creating a horror franchise called “The Haunting”. The new installment will be based on Henry James’ gothic novella The Turn of the Shrew, which is about a governess who is hired to look after a pair of possessed siblings.

Haunting of Bly Manor is set to be released in 2020.

No release date for Midnight Mass has been announced as of yet.