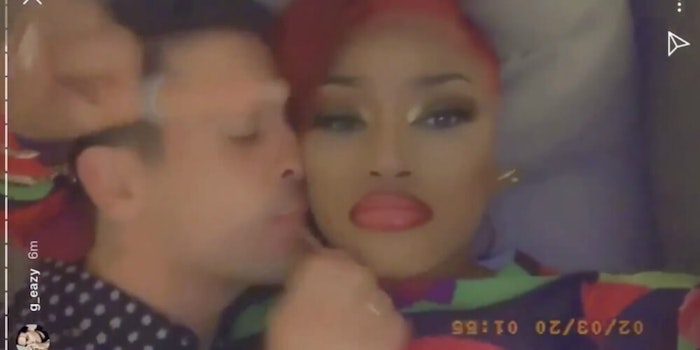 Megan Thee Stallion confirmed on Tuesday that she and G-Eazy are not an item after a video of the two went viral.

Many held their breath in anticipation to hear news confirming–or denying–their suspicions.

“Lol alright nowww y’all got all y’all jokes out but I am not fucking G Eazy,” she tweeted, along with a crying laughing emoji.

In response, one fan asked her, “so why was he sucking the makeup off ur right cheek like that hottie.”

And she had the best response.

“He like fenty,” she wrote of Rihanna’s makeup line, which she apparently uses.

G-Eazy has also responded to the fiasco. On Instagram, fellow rapper Trippie Redd posted a parody photo of the duo that depicts a linky white dude hugging on a Black woman. G-Eazy posted a series of crying emoji in the comments section.