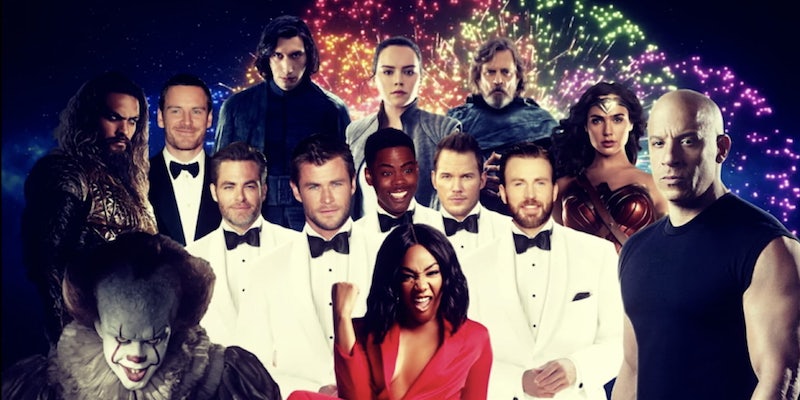 Not everything planned for the televised Oscars ceremony made the cut, but it’s a travesty that this super-sized sketch from the Lonely Island didn’t make it to ABC.

In a new video uploaded online Monday, the Lonely Island said that it produced a song planned for the Oscars, which didn’t end up making the cut because it was “financially and logistically impossible.” But the comedians, Akiva Schaffer, Andy Samberg, and Jorma Taccone, wanted to release what they came up with anyway, a version that had temporary vocals and relied on storyboards.

“Why Not Me?” recruits Wonder Woman, Thor, a bunch of Chrises, and other stars as they wonder why the Academy didn’t think their work over the past year deserved top honors. It cleverly pokes fun at the stuffiness of the Oscars themselves and the films that did get nominated instead of superhero films, blockbusters, and critical failures, ending with harmonies and a super-sized team of characters. If this is what it sounded like we can only imagine what it would have looked like as a finished product.

At the very least it would’ve been a bigger hit than bringing in a bunch of celebrities to interrupt that Wrinkle in Time screening in the middle of the ceremony.