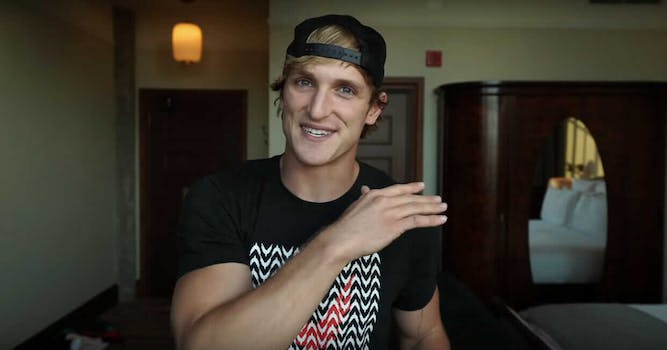 Logan Paul on running for president: ‘I’ll do it’

This probably won't go over well.

When asked by the Daily Dot a few weeks ago what his future career looked like, YouTube star Logan Paul was unsure. “On the map of Logan Paul in his YouTube career, it’s hard to pinpoint where I am … I’m right where I want to be right now,” Paul said.

Comedian Tim Dillon recently explained to comedian Joe Rogan on his podcast why Logan Paul (or another high-profile YouTuber) should run for president.

“I will make Logan Paul president,” Dillon said in a clip that’s been seen about 700,000 times.

“He’s a smart guy,” Dillon said. “He will run. YouTubers are going to have millions of dollars, millions of fans, and no skills when they’re all 40.”

Dillon continued, “I will make him the president of the United States. He will not be that bad at it. He’s disciplined. He has a heart. I will be his Steve Bannon.”

Paul obviously saw the clip of their discussion, which prompted him to tweet, “I’ll do it.”

But don’t count on Paul—who, at 24 years old, is more than a decade away from meeting the requirement of being at least 35 to become president—getting anywhere near a presidential campaign soon. Since his loss to KSI in the rematch of their YouTube boxing extravaganza, Paul has also talked about fighting in the MMA world or taking on retired boxing superstar Floyd Mayweather Jr.

Yet it seems likely more YouTubers will look to joining the political process. Former YouTube prankster Joey Salads is running for Congress in New York’s Staten Island, and Cenk Uygur of the Young Turks is trying to get elected in California’s 25th district.

“[While] Logan Paul is never really going to pose a serious political threat, it will be important to see whether more traditional candidates start to utilize famous YouTubers as surrogates to try and get people out to vote,” Steven Buckley, an associate lecturer at the University of the West of England, told Chris Stokel-Walker of FFWD. “Similarly, it will be interesting if YouTubers are willing to dip their toe into political discussions with the fear of potentially alienating some of their fans.”

Paul’s tweet was probably nothing more than a throwaway joke. But hey, Donald Trump is president, so anything can happen.