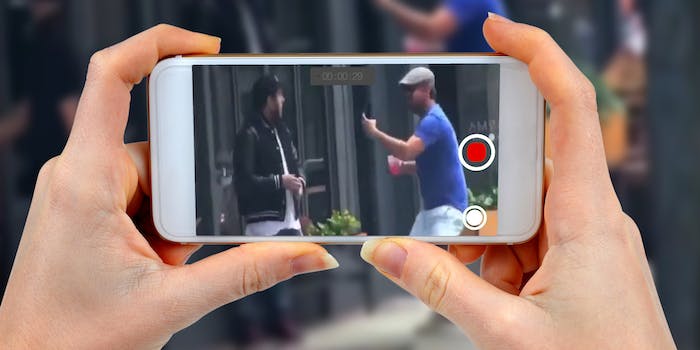 Leonardo DiCaprio recently crept up on The Wolf of Wall Street co-star Jonah Hill on the street in NYC and pretended to be an overzealous fan. Hill looks terrified for a second, but then the two hug.

It’s one of those videos that seems set up, it’s too good to be true. But it’s also a little unsettling, because Hill looks genuinely startled, and the person filming the interaction is most likely paparazzi. (And Hill has had some issues with paparazzi in the past.)

In this extended Daily Mail clip, you can hear the paps talking as they track Leo. Perhaps he knew the cameras were there, and decided to make the moment meta? Is this commentary on the inescapable abyss of celebrity/technology? An outtake from the new season of Black Mirror?

And what’s up with all these headlines that are all, “We didn’t know Leo had a sense of humor!” Exhibit A, Exhibit B, Exhibit C.