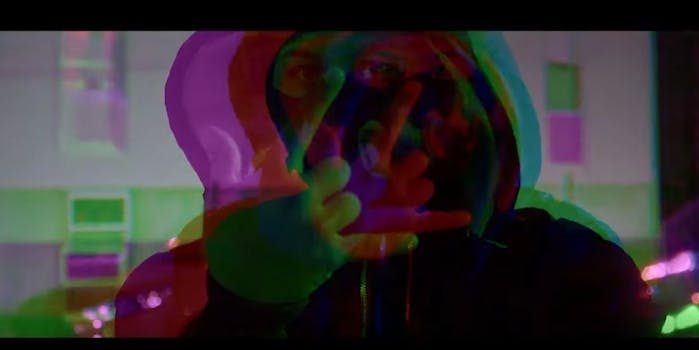 In December, more than 60 people accused of being affiliated with the Latin Kings were arrested in Massachusetts on charges ranging from conspiracy to murder to racketeering, and the U.S. Attorney’s office pointed to YouTube as one way that the notorious gang recruits potential new members.

But YouTube told the Boston Herald that the videos will stay active on the site, because they don’t violate the platform’s community guidelines.

Federal officials say that these rap videos—which reference “Kings’ world” and which featured lyrics that bragged about “splattering brains” of those who snitched and turning “your brains into a noodle dish”—were describing shootings and killings that occurred in real life. Law enforcement officials told the newspaper that those featured in those videos were flashing gang signs and using the platform to “intimidate rivals, recruit youths, and … incite violence.”

YouTube’s community guidelines don’t allow videos that “praise, promote, or aid violent criminal organizations,” and content that “threatens individuals is not allowed.” But a YouTube spokesperson told the Herald that these particular videos do not violate those guidelines and that the videos won’t be removed from the site. The spokesperson also said videos aren’t necessarily removed simply because the owner of the channel has been indicted.

But Bristol County (Massachusetts) Sheriff Thomas Hodgson said the Latin Kings can use YouTube for their own future benefit.

“They know kids are online, so this helps them recruit on this medium as opposed to on the streets,” Hodgson said. “It’s unfortunately something that entices kids and helps them build these gangs. …  A lot of kids are out there looking to belong to something, and gangs know this and play into it.”

In December, the U.S. Attorney’s Office announced that more than 500 federal, state, and local law officials had arrested 62 people allegedly associated with the Latin Kings in a federal investigation called “Operation Throne Down.”

One of the YouTube channels allegedly used by Latin King members is called ALMIGHTY KING PUN, and it features 14 videos, some of which have more than 50,000 pageviews. The channel has about 2,700 subscribers. Some of those videos, the Herald wrote, were cited as evidence in the indictments.