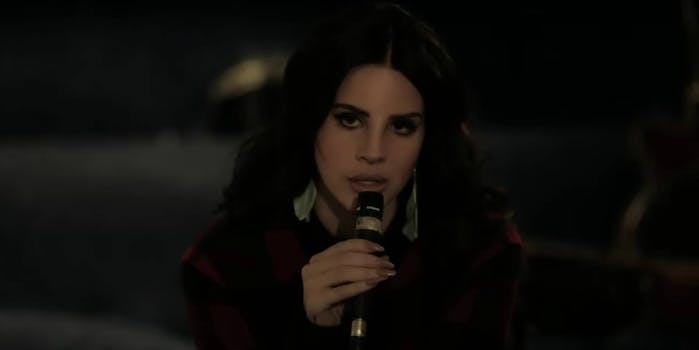 Following the death of legendary singer-songwriter Leonard Cohen this week, the music world has been in mourning, as luminaries from Justin Timberlake to Lin-Manuel Miranda have taken to social media to give their thoughts on Cohen’s legacy.

But Lana Del Rey decided to express her emotions through song, and on Friday, she posted the following to Instagram. It’s a snippet of her cover of Cohen’s “Chelsea Hotel No. 2,” and it’s gorgeous. Del Rey originally recorded the song in 2013, almost 40 years after Janis Joplin inspired its original release.

But based on this week’s news, it’s certainly worth listening to again and reading Del Rey’s words of tribute.

I'd be lying if I said it didn't kind of break my heart that I never got to tell you how much you changed me. Not that it would've mattered to ya, it's just that other than Bob and Joan you were the only person I ever really felt spoke my language. I love you as a real fan and I always looked for a little bit of you in all of my future friends. God bless.