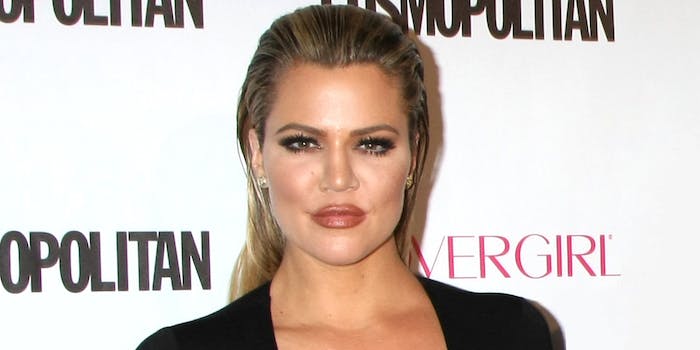 Trump probably isn’t going to get the Kardashian vote.

According to the Huffington Post, Trump reportedly made comments about Khloe Kardashian’s weight when she was a contestant on 2009’s Celebrity Apprentice. Three different sources at the show confirmed that Trump called her a “piglet” off camera and was looking for a reason to fire her. He also inferred that she was the “ugly” Kardashian.

On camera, he shamed her for a DUI.

Trump also had opinions about Kim Kardashian’s weight when she was pregnant, and reportedly called Apprentice contestant Marlee Matlin “retarded.”

There’s now a wave of accusations against Trump, and past comments have started resurfacing, including a particularly cringeworthy one about a young girl.

Kardashian hasn’t yet responded, but she was on Ellen recently.