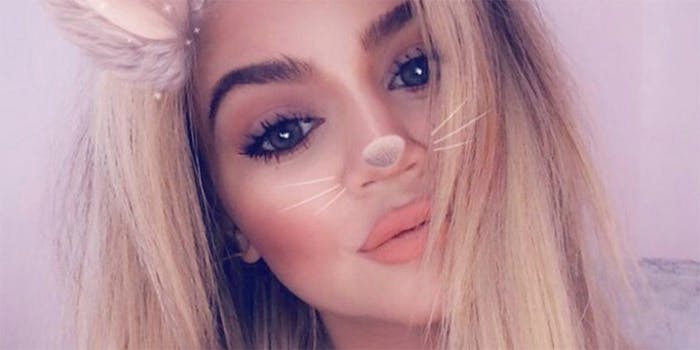 Her mom, sisters, and Tristan Thompson were all present.

Khloe Kardashian gave birth to a baby girl early Thursday in Cleveland, according to TMZ.

News of the baby comes after days of reports that Kardashian’s boyfriend, Tristan Thompson, was seen making out with a “mystery brunette” in New York over the weekend. TMZ also released video from October apparently showing Thompson being intimate with two women in Washington, D.C.

So far, none of the Kardashians have publicly addressed the alleged cheating. And despite reports to the contrary, no members of the family have unfollowed Thompson amid the scandal.

However, in what is doubtful to be a mere coincidence, Kourtney Kardashian posted a photo to Instagram on Thursday of her daughter Penelope, Kim’s daughter North, and her friend/publicist Tracy Romulus’s daughter, according to Cosmopolitan. The caption says “GIRL POWER.”

Per TMZ, Kourtney, Kim, and Kris Kardashian were all present for the birth of Khloe’s baby, as was Thompson. The new mother is reportedly eager to get home to L.A.

“She just wants to be with her family and leave as soon as possible,” a source told E! News. “Kris is there and completely supporting her.”