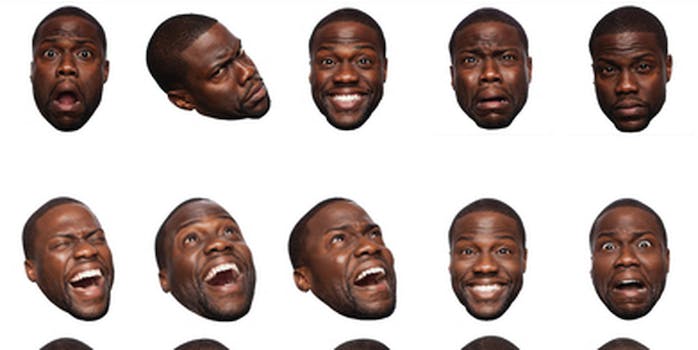 There’s a new celebrity emoji app on the market, and this one launched at just the right time.

Like Kim Kardashian, Ellen DeGeneres, and Ansel Elgort before him, comedian Kevin Hart has released a new emoji app for Apple and iOS devices based on his likeness. It’s called Kevmoji.

But there’s one big difference between Hart’s app and the others: His launched Tuesday, the same day Apple released iOS 10. The new operating system gives users the ability to sync outside apps into the chat experience and stamp emoji directly onto their friends’ texts, giving iMessage more of a free-form commenting feel than the linear back-and-forth we’re used to.

As it turns out, launching a brand new emoji app on the day that Apple allows people to do tons of brand new stuff with emoji is a strong business plan. Kevmoji reportedly shot to the No. 1 spot in the App Store five hours after its release Tuesday, and it’s still in the top spot on the paid apps chart at the time of this writing.

Kevmoji costs $1.99 and is available for download in Apple’s App Store.