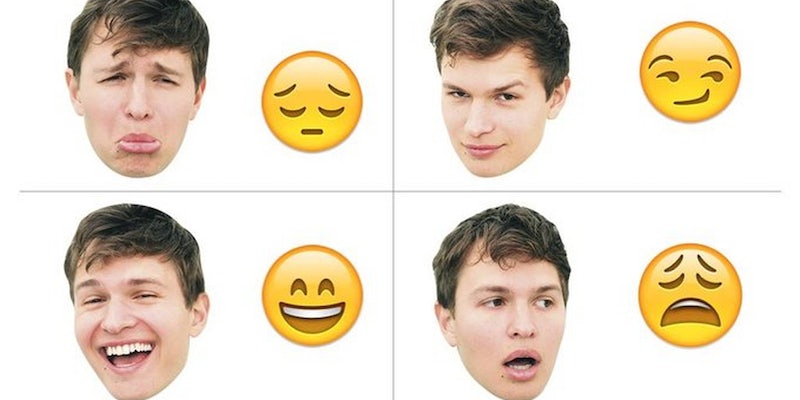 First Kim Kardashian launched her Kimoji app, and then Amber Rose and Blac Chyna followed suit with their own custom keyboards. Now an unexpected celeb—The Fault in Our Stars star Ansel Elgort—has thrown his hat into the ring.

Elgort’s emoji app, Anselfie, lets users insert the teen heartthrob’s face into their iMessages for $2.99 (Kardashian’s is $1.99 and boasts more than 500 emoji and GIF options).

The app is only available for iOS, and it invites users to send an email to [email protected] with “any ideas for future ANSELFIES!”

Yes, this, indeed, might be the best thing ever.