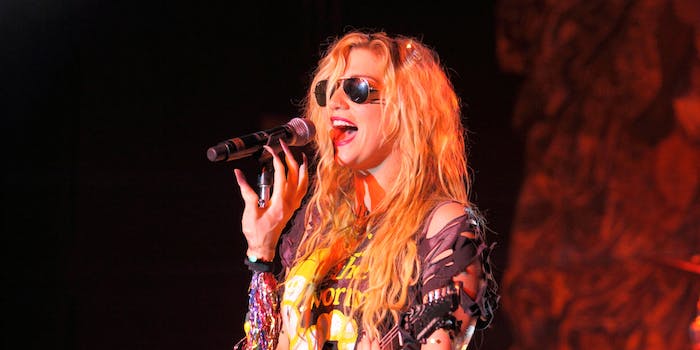 The singer is dropping the allegations against her former producer—whom she alleges sexually abused her and forced drugs and alcohol on her while they were working together—in an effort to focus on getting out of her contract with Sony. Fans started the #FreeKesha hashtag in support and fellow musicians offered their help and support as well.

According to her lawyers, Kesha has already recorded 28 songs in order to fulfill her contract. In April, a New York judge struck down her appeal against Sony’s Kemosabe Records, and Kesha claimed on Instagram that she was offered her freedom from the label if she apologized for the abuse claims. Gottwald is suing her for breach of contract.

Earlier this month, Kesha again posted to Instagram, explaining that her “fight continues” but she needs to get her music out.

My fight continues. I need to get my music out. I have so much to say. This lawsuit is so heavy on my once free spirit, and I can only pray to one day feel that happiness again. I am continuing to fight for my rights in New York. Thank you for all your support. The support of my fans has been so beautiful and I'm so grateful for it. I'm Not sure where I would be without you all.

Kesha released a song with Zedd in April, and is touring with new band the Creepies on the appropriately named Fuck the World tour.