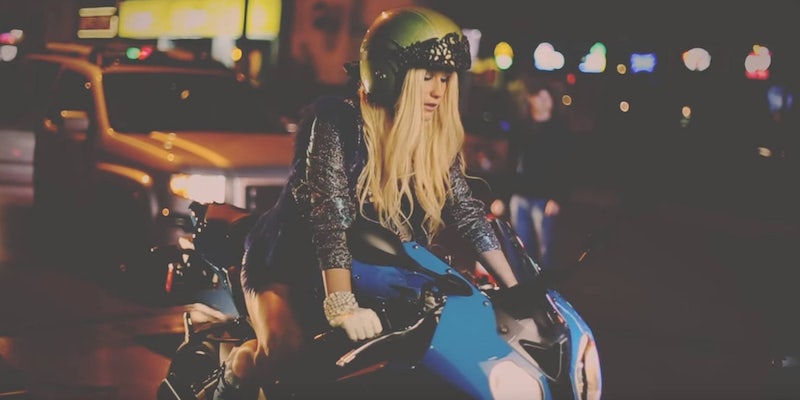 Earlier this week, pop singer Kesha was yanked from the Billboard Music Awards lineup after her label warned that she planned to reference her ongoing legal battle with Dr. Luke during her performance.

Later that day, the singer—who has sued Dr. Luke for sexual assault and battery, sexual harassment, gender violence, emotional abuse, and violation of California business practices, but who is still contractually obligated to remain signed to his label—made a statement on Instagram, letting fans know that she had been planning a tribute to Bob Dylan.

Kesha’s performance was readded to the Billboard lineup on Thursday afternoon, but in the interim, another rock star took note of her treatment. During his concert in Los Angeles Wednesday night, Ben Folds invited Kesha onstage so they could perform “It Ain’t Me Babe” as she’d originally planned.

Here’s a fan video of the lovely duet.

The pair also played versions of Folds’ song “Still Fighting It” and Kesha’s “Rock This B**ch / Sleazy” for the crowd.

Kesha later thanked Folds for being “a good friend in this scary business.”