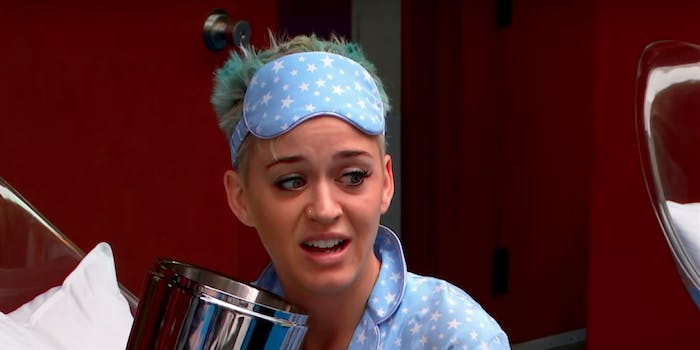 Katy Perry debuts trailer for livestream documentary ‘Will You Be My Witness?’

Are you ready to witness Katy Perry barfing?

In June, Katy Perry livestreamed her life for a weekend, as a lead-up to her album release. Now comes Will You Be My Witness?,  the greatest hits of that livestream.

In a new trailer, Perry welcomes celebrities like America Ferrera, RuPaul, and Gordon Ramsay into her temporary home, and discusses her past cultural appropriation, identity, politics, spirituality, depression, and more. She also almost throws up, but it’s not clear if that’s after she ranked her exes.

Will You Be My Witness? debuts on YouTube Red on Oct. 4.