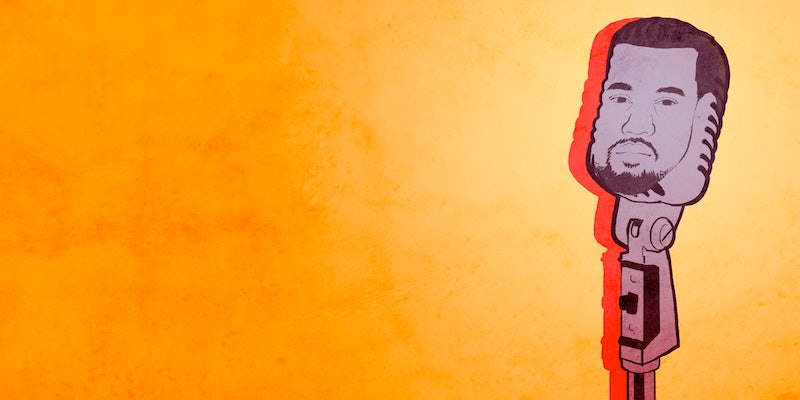 Just when you thought you were an expert.

To many, Kanye West is a mystery. To others, he’s a genius.

Is his infamous Twitter presence performance art, or nonsense more in line with his “BILL COSBY INNOCENT !!!!!!!!!!” line? You’re along for a bumpy ride either way.

West and his wife Kim Kardashian West are media personalities as good at drawing attention to themselves as Donald Trump. Does this make West an entertainer, musician, provocateur, or just someone who isn’t afraid to speak his mind? Either way, West is forever transforming—and those who choose to follow him become transfixed with this prolific, creative soul.

Comedians Rob Haze and Chris Daniels, who started producing the all-West, all-the-time podcast, The Book of Ye, are two such people. Begun in March but legitimately 12 years in the making, The Book of Ye is dedicated to thinking through and about all-things Yeezy. The result is an hour-long episode posted every few weeks about whatever news West is generating; discussions about his album or a specific song; and guests ranging from Dante Holley, the man who won a free pair of Yeezys after guessing the title of West’s album The Life of Pablo based only on the acronym “TLOP”; to “Crying Jordan Meme” king Lawrence DeLoach; and Alexis Nedd, a senior editor at Hearst. Every podcast begins with Yeezy saying: “I am the No. 1 most impactful artist of our generation.”

It’s true, and West knows that you gotta listen to the kids, bro. 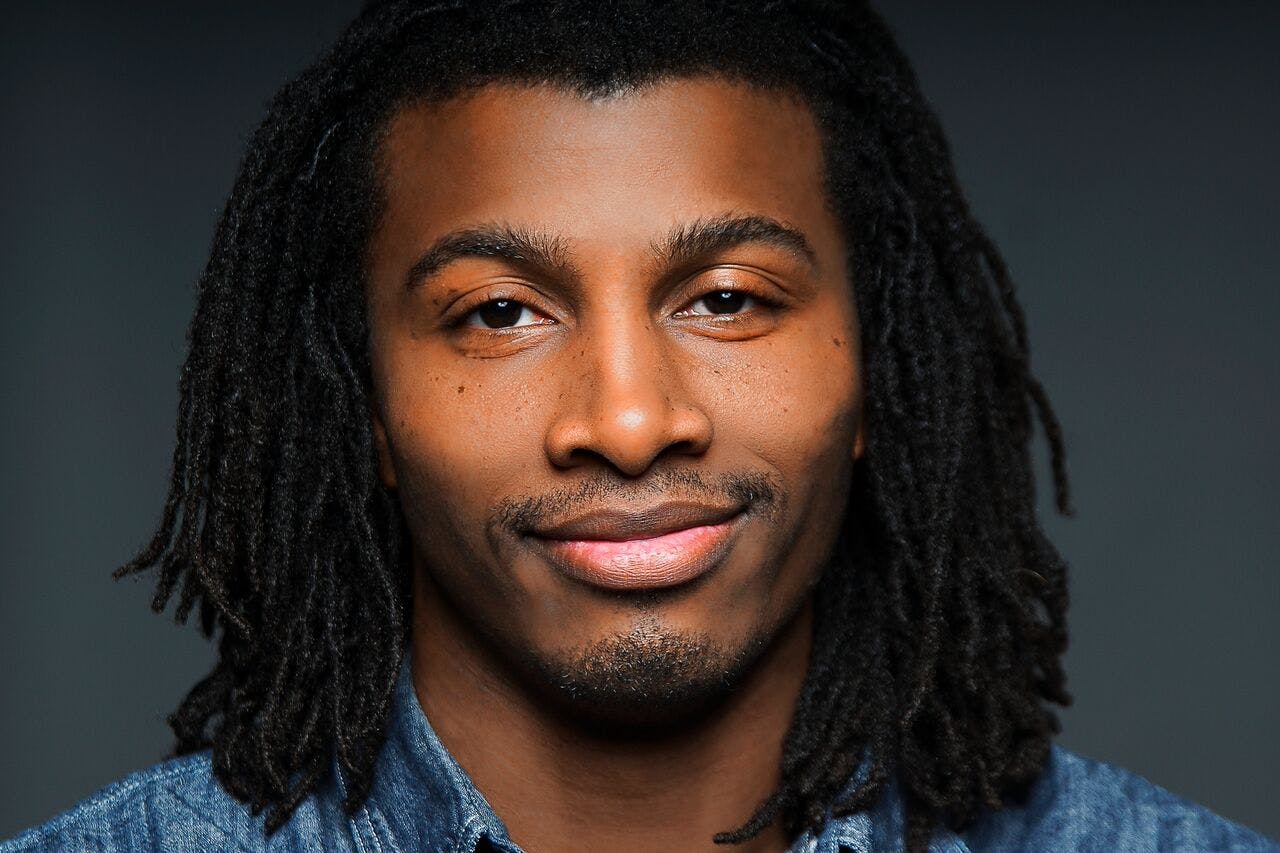 The Book of Ye

In Episode 13, “Monster,” an homage to a song from 2010 album My Beautiful Dark Twisted Fantasy, Daniels and Haze bring on Nedd to talk about West’s recent “Famous” video and its ongoing Kim K./Taylor Swift feud. The music video features an array of nude, famous people lying together in a bed: Bill Cosby, Caitlyn Jenner, Amber Rose, Kardashian, Swift, Chris Brown, Rihanna, Donald Trump, Anna Wintour, and George Bush. It’s a neon, attention-grabbing project—but with so many iconoclasts jostling for headlines, the hosts felt the need to unpack its art.

“Everyone has a different take because no one in our society feels like they have enough time to really just watch the entire video,” says Haze on this episode of the podcast. His observation is suggestive of the ways that people react quickly to something like a Snapchat, rather than taking the time to think through the bigger picture of the video’s message.

“The content of the video hasn’t even become… part of the conversation,” notes Nedd.

Thoughtful conversations about West songs that continue to be relevant, like “All of the Lights” from My Beautiful Dark Twisted Fantasy, get a discussion in the eighth episode. In episode 1, “Through the Wire Pt. 1,” guest Shalewa Sharpe offers fan theories about The Life of Pablo.

As the co-hosts of the show, Haze and Daniels are clearly fascinated with West, but they don’t come across as fanboys. In fact, their love for West feels more like that of a creative individual whom they respect and admire. Antics be damned.

Daniels, who grew up in Detroit, first discovered West in middle school.

“I was always kind of like a weirdo kid and I didn’t really know who I was at the time,” Daniels tells the Daily Dot. “There was a time when you had to have all-white Air Force 1s, tall tees, and a Dope Boy jacket. Or you could still wear a big jersey to school. I remember trying that and it wasn’t me at all.”

The party-centric hip-hop that dominated the early 2000s wasn’t for him, either. He was the only kid in his circle into street poet types like Mos Def.

“It was Christmas Day of 2003 and LeBron James and the Cavs played the Magic, and then the Lakers played the Kings, and my family turned on some music videos and it was the first time I saw the ‘Through the Wire’ video,” Haze says.

As the video’s infamous origin story goes, a few weeks prior West had gotten into a near-fatal car accident and fractured his jaw, but he still recorded the video for his album, The College Dropout. 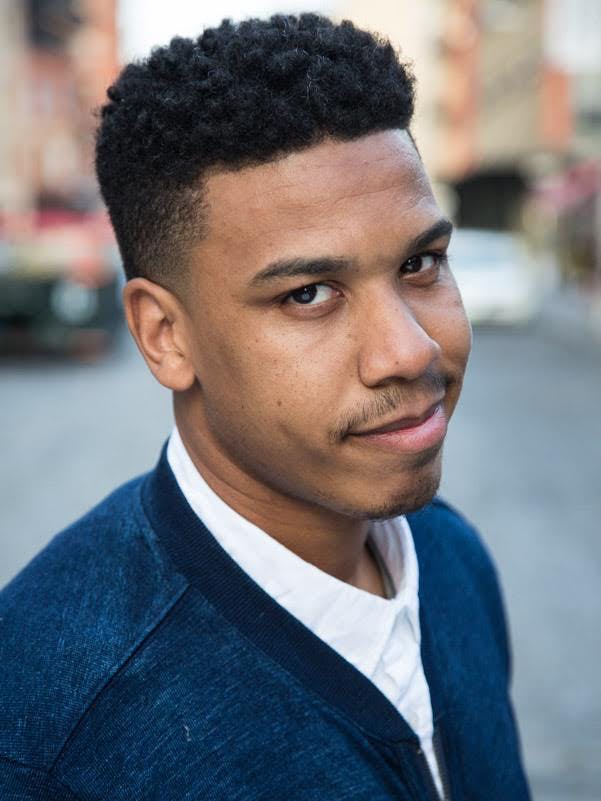 The Book of Ye

“Visually it was incredible, the song was great, and they even showed footage of him and his jaw wired. It was the craziest thing I’d ever seen,” says Haze. From there, he was hooked.

“There was nobody who was like this, who’s coming from the same voice —talking about guns and drugs but it’s also appealing and has substance,” he says. “I wanted to listen to the guys who made the thought-provoking rap, but I also wanted to listen to what the people in high school were into.”

West brought him back to the idea that he could like mainstream music. Of course, any West fan knows that the Chicago rapper’s brand of evolving, genre-nudging rap runs laps around pop radio. That includes West’s continual work in the art world.

“I think the art world embraces him as much as it can for someone that famous,” says Daniels. “[He works with artists like] Michel Gondry, Marco Brambrilla, Murakami, and KAWS.”

“Seems like there’s a mutual respect,” adds Haze. “I feel like the art world respects him maybe more than the music world. The most critical of Kanye are people like Quincy Jones, who’s critical because Kanye samples. But someone in the art world sees the beauty in being able to turn samples into something else because they use references, and this whole idea of ‘What is art? Are you really creating or just remixing things you’ve seen in your experience?’ If he was only a rapper, I don’t think he would have the same relationship with artists.”

The guys say that they’ll eventually ask West to be on the show, but that it “might end the podcast.” Until then, The Book of Ye‘s ongoing search for knowledge endures.

The Book of Ye is available on iTunes, or wherever you download podcasts.