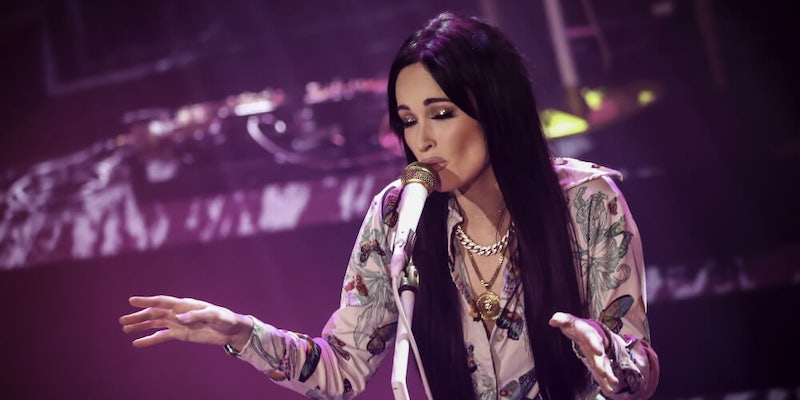 The star wore Áo Dài—sans the pants—during a Texas concert.

Musgraves posted a number of photos to her Instagram story of her, er, rocking her take on, “Áo Dài,” a traditional Vietnamese garment that has become the symbol of feminine beauty and the pride of Vietnamese people. When worn appropriately, it’s a tight-fitting silk tunic over trousers.

But the six-time Grammy Award-winning artist skipped the pants—both on her IG story and onstage. Unsurprisingly, she received immediate backlash.

“If you wanna bring Ao Dai on stage. Fine. But do not sexualize it by not putting the fucking pants on. This is absolutely disrespectful and degrading. Do you even know what you’re wearing?” Twitter user @itsanxoxo wrote.

My CULTURE is not meant to be sexualize. This is offensive on so many levels and I’m livid pic.twitter.com/TXOE6S8Lmd

kacey musgraves wearing about ao dai without pants is sickening,, ao dai were made to be conservative yet elegant n she rlly out here w her coochie out n a headpiece that ain’t even from viet culture… a whole mess!

.. she really just played a game of pick and choose with cultures, like, hi can I have an order of an áo dài(Vietnamese formal wear) with no pants, also a side of a South Asian headpiece bc why not, just lookin like an odd subway sandwich order, no sense of reason or regard https://t.co/5YVsb5IDgV

Hey @KaceyMusgraves, I assume you’re not protesting the imposition of pants on Vietnamese women by the Nguyễn dynasty as a mode of Sinicization, so please don’t further degrade this key part of Vietnamese culture and put on some pants like everyone else that wears áo dài. https://t.co/DyGrYA4c7k

…Then came the flood of responses regarding her headpiece. What made the addition worse was that it had nothing to do with the already offensive outfit.

“The nature of white ppl to pick and choose (half of ao dai and whatever is on her head??) pieces of Asian culture honestly repulses me,” Twitter user @MelCLiu wrote.

can someone tell kasey musgraves to put pants on with her ao dai pic.twitter.com/qPHqQLMXeV

Kacey Musgraves is an incredible human, but the self-awareness in this is lacking to say the least.

The nature of white ppl to pick and choose (half of ao dai and whatever is on her head??) pieces of Asian culture honestly repulses me. https://t.co/rUqXJxFFrC

Musgraves, for her part, hasn’t responded publicly to the verbal lashings. But this isn’t the first time she has been accused of cultural appropriation. In 2017, she was similarly hounded for questioning on Twitter whether anyone would “be offended” if she “was ‘Smokahontas’ for Halloween.” (Though no one ever saw photos, we assumed the costume would’ve combined marijuana with some offensive take on Native American outfits.)

Back then, the internet was similarly up in arms. Musgraves opted for a doll costume.