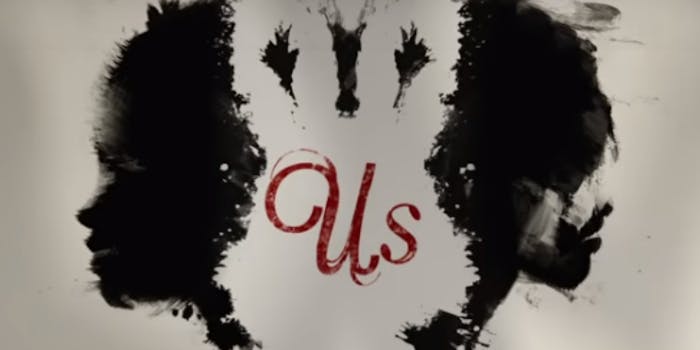 Why does Jordan Peele’s ‘Us’ trailer feature ‘I Got 5 On It’?

The conspiracy theories are in full force.

You may have to cover your eyes to watch Jordan Peele’s Us movie trailer, but your head will be bopping to the soundtrack.

“I Got 5 On It” is the song of choice and while a really freaking good throwback, many are already speculating if the tune actually has to do with the film. One thing is for certain: You’ll never hear 1995 Luniz song the same again.

The movie stars Lupita Nyong’o and Winston Duke as a couple taking a trip with the kids. That’s when they begin to see clone versions of themselves that are trying to kill them. The major theme: We are our own worst enemies.

But it’s the trailer’s remix of the Luniz’s hit “I Got 5 On It” that people can’t seem to get out of their head.

I need @JordanPeele to bless us with that "I Got 5 On It" Scary Movie Remix ASAP. #UsMovie

Who keep watching the Us trailer just to hear “ i got 5 on it” slowed down ?

Ok but how tf am I supposed to go to sleep now with the creepy rendition of I Got 5 On It stuck in my head.#UsTrailer pic.twitter.com/LSy1EGGzfK

I done watched the #UsMovie trailer so many times. Now I gotta watch something funny or innocent. “I Got 5 On It “ is gonna be stuck in my head for weeks now ! WEEKS ! pic.twitter.com/S5YOqOqres

the way 'I got 5 on it' got flipped for the #UsMovie trailer had me like pic.twitter.com/7Ky26vauiH

People are also thinking that like Peele’s previous directorial effort, Get Out, Us will have hidden Easter eggs throughout.

Some have pointed out that the song choice could have to do with the five main characters possibly including a white friend played by Elizabeth Moss. As the Root writes: “There are five main characters here. The father, mother, son, daughter and the random white lady (I already don’t trust her for reasons).”

I agree…. I cannot help but to think "I Got Five On It" is in reference to five members even though we only see four of them. That's part of my theory. #UsMovie #Us #WatchYourself

Theories are already popping up on Twitter including speculation of some connection between Peele’s two films.

And the possible meanings of the film found in the trailer.

A horror movie prominently featuring a black family facing themselves in some form, thus opening us up to the idea our worst enemy are our own inner-demons? Why yes Jordan Peele, take all of my money. https://t.co/vaInd20tF9

Here’s my theory and thread about #UsMovie! This movie will references themes of duality, double consciousness, and identity, etc. pic.twitter.com/jQ440Ouufa

They saying the #UsMovie is based on W.E.B Dubois “double consciousness” theory and that shit got me thinking Jordan Peele might be the Greatest Ever if It is.

#UsMovie Speaking of theories did anyone else notice the paperdoll references? They link hands like paper dolls,the scene where Lupita tears the paper dolls apart , the stance w/ the arms slightly out from the body Creepy! pic.twitter.com/FZV65FwlVT

Absolutely loving the horror nods in the #UsMovie trailer. Jaws? Thriller? A Chucky outfit? I'm 100% here for this. pic.twitter.com/p4Nui4CjHw

“Is this a twisted tale of a cloning experiment gone wrong or is this what happens when those multiple Gmail accounts you created to get new TIDAL trials become sentient?” #Usmovie pic.twitter.com/XHGcvhaB2i

During an interview in February, Peele said this film wouldn’t be about race.

“I’m just trying to entertain myself again,” he told the Hollywood Reporter.

But as the trailer reveals, he will surely push social boundaries and take up other hot-button topics.

“One thing I know is that this is genre; and playing around with the thriller, horror, action, fun genre of intrigue is my favorite,” he said. “That’s my sweet spot. So I think tonally it should resemble Get Out. That said, I want to make a completely different movie.”

Us comes to theaters in March.