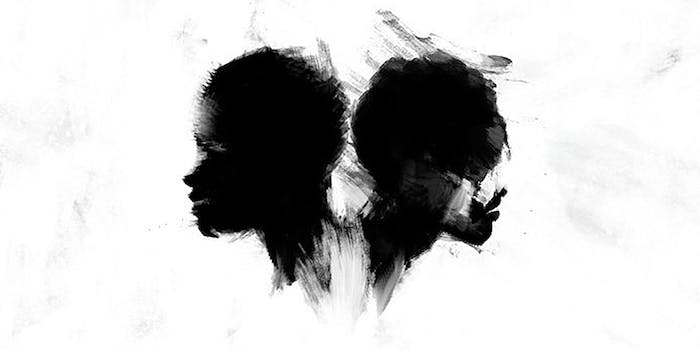 Lupita Nyong’o, Winston Duke, and Elisabeth Moss are being eyed for roles.

Last night, Jordan Peele debuted the haunting poster for his upcoming film Us, “a new nightmare” that follows up 2017’s Get Out.

The film will debut in March 15, 2019, and according to Variety, Black Panther‘s Lupita Nyong’o and Winston Duke, and The Handmaid’s Tale‘s Elisabeth Moss will all potentially be involved. While the poster alludes to it being a horror film, no plot has been revealed yet.

Peele won an Oscar for Get Out‘s original screenplay this year. In February, he told The Hollywood Reporter that his next movie won’t necessarily focus on race. And while “tonally it should resemble Get Out,” Peele wants “to make a completely different movie.”