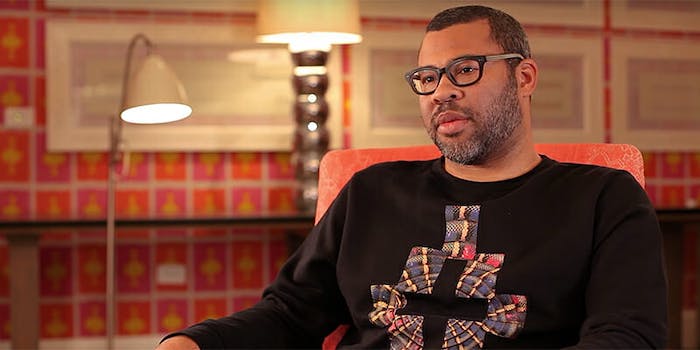 Even after the success of his directorial debut Get Out, Jordan Peele said his next film won’t be dealing with the same topic of race.

In an interview with the Hollywood Reporter, Peele said he’s working on the script for a project with Universal Pictures, and production is set to begin later this year.

But even if the project—which is likely the “untitled social thriller” Universal slated for 2019—takes up another hot-button topic besides race, we can still expect the boundary-pushing Peele explored with Get Out.

“One thing I know is that this is genre; and playing around with the thriller, horror, action, fun genre of intrigue is my favorite,” he said. “That’s my sweet spot. So I think tonally it should resemble Get Out. That said, I want to make a completely different movie.”

Peele’s debut film earned him three Oscar nominations, critical praise, and box office success. He previously said he would consider a Get Out sequel, but the project in question doesn’t appear to be such a thing.