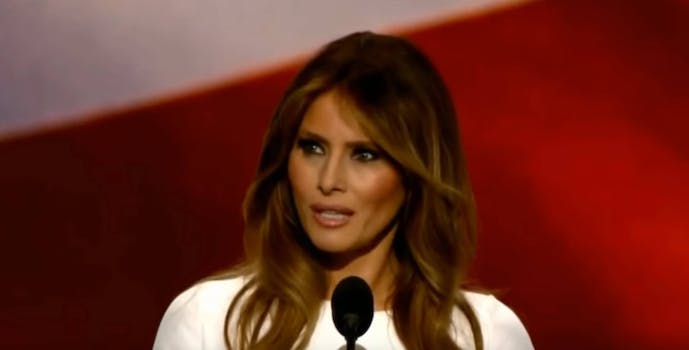 It looks like this week’s drama isn’t over yet, and it’s only Tuesday.

Once the new relations were made public, John Legend tweeted that he would “like to be excluded from this narrative,” a phrase that ties in the T-Swift and Kardashian-West drama over Kanye West’s song “Famous.”

I would very much like to be excluded from this narrative https://t.co/I46VtY2CXI

Melania gave a speech for her husband Donald Trump on Monday night, and it quickly drew accusations that she stole lines from the First Lady, Michelle Obama.

The Trump campaign denied any form of plagiarism, and campaign chair Paul Manafort told reporters that the phrases used throughout the speech were just “common words and values.”

In a live interview with CNN, Spicer compared lines of the possible First Lady’s speech to quotes from famous celebrities, showing how often these “common words” are used.

The cliche quotes didn’t stop there, as Manafort compared Melania’s speech to the kid’s television show My Little Pony.

Melania Trump said, “The strength of your dreams and your willingness to work for them.” Twilight Sparkle from My Little Pony said, “This is your dream. Anything you can do in your dreams you can do now.”

Legend’s Twitter bio says he wants to “be associated with interesting quotes,” and he chose the perfect one to bring the week’s drama full circle.

However, from the looks of this situation, I’m guessing the quote mentioned by Spicer is the exception to his wishes.