It's the internet generation's Zapruder film.

YouTubers using “social experiment” videos to perpetuate dangerous stereotypes about race have become part of “prank” culture online. And in the last month Joey Salads has really been on a roll.

On Monday, this brave sociologist posted a video filmed in an unnamed “black neighborhood,” and let us know that “on the internet and through the polls,” it’s a fact that black people hate Donald Trump, and his supporters.

So he sets the bait and waits for the pre-scripted violence. (The video has since been made private.)

Salads reels in a lot of traffic for these videos: His Black Lives Matter “experiment” has more than 5 million views. The one where he leaves the trunk of his expensive car open in what appears to be a “black neighborhood” to see if anyone steals has more than 1 million. And his terrorist-themed prank after the Orlando shooting? Well, you can’t really put a value on those views.

Ethan Klein of h3h3 broke down Salads’s latest video, but this time, commenters insisting that Salads’s videos provide genuine reactions and cultural resonance were met with a second document: video shot from above the scene from Twitter user @txorres, showing the anti-Trump vandals standing on the set with Salads. 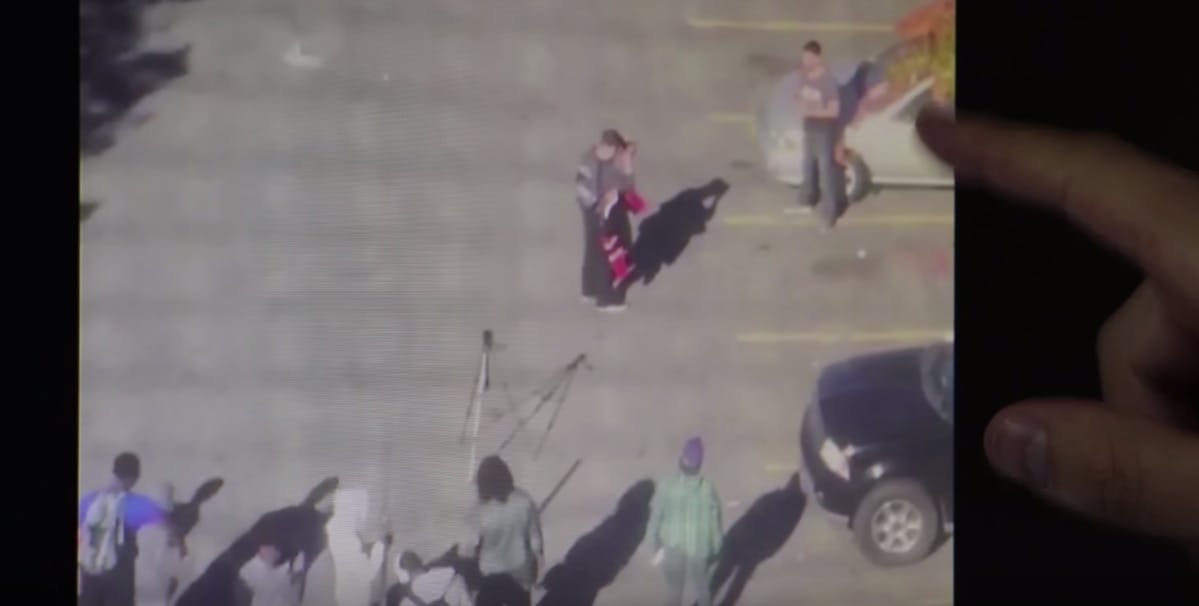 It’s no secret that many of these prank videos are staged, but if you take a dive into the comment section, you’ll see some very real (and scary!) opinions about race being discussed, as Klein points out. Salads’s videos are often retweeted by right-leaning accounts who think they’re real.

On Tuesday, Salads posted a video to his secondary channel stating that he knew he’d been exposed but that the video does have “some truth.” He also promised future videos that would be more educational, to earn back “trust”: Like his plan to vote as dead people on election day.

Update 5:07pm CT, Oct. 21: On Wednesday, Joey Salads apologized for the Trump car video and removed it from his channel. He explains he could have left the video up and made “thousands” of dollars, but adds that his original plan was always to give back financially to the community, and that he intends on following through.

On Thursday, Ethan Klein of h3h3Productions posted an interview with Salads, in which he tries to explain what happened and why he’s the victim.