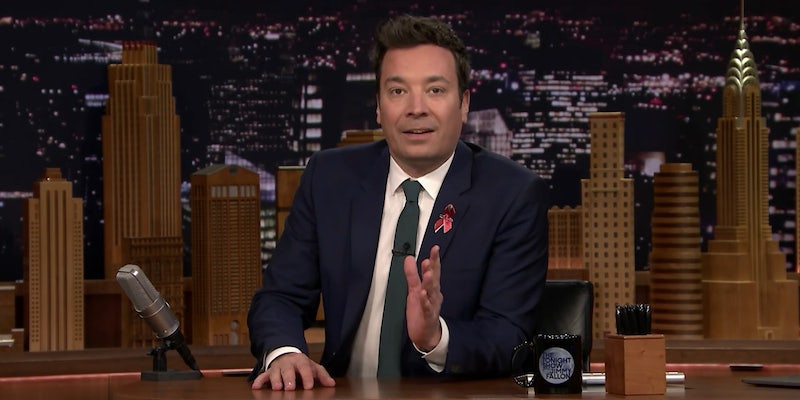 'This is a real revolution.'

Jimmy Fallon is pledging to join the students of Marjory Stoneman Douglas High School when they march on Washington next month.

Although Fallon has appeared on TV since the mass shooting in Parkland, Florida, on Feb. 14, Monday marked his first full episode following the Winter Olympics. He offered thoughts and sympathy toward the victims and the survivors, and like many others, he’s in awe of what the group of students leading the push for gun reform have already accomplished.

“They are angry, and they are doing something about it, creating change,” Fallon said. “This is a real revolution.”

The students’ march, March For Our Lives, will take place in Washington, D.C., on March 24. Fallon, who is in full support of the march, told his audience that he and his family will march right alongside them on that day.

He’s not the first celebrity to show his support for March For Our Lives. Amal and George Clooney have donated $500,000 toward the march, an amount that has since been matched by Oprah Winfrey, Steven Spielberg, Jeffrey Katzenberg, and Gucci.