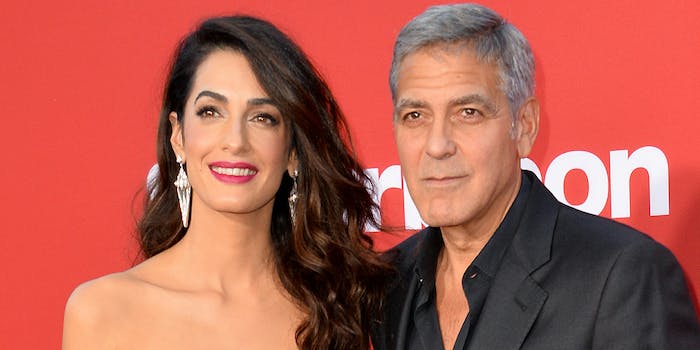 'Our children’s lives depend on it.'

Amal and George Clooney have announced plans to donate $500,000 to March for Our Lives after last week’s school shooting in Parkland, Florida.

The march, set for March 24 in Washington, D.C., will include students from Parkland’s Marjory Stoneman Douglas High School as well as fellow survivors of school shootings and advocates for ending gun violence. George Clooney said in a statement:

Amal and I are so inspired by the courage and eloquence of these young men and women from Stoneman Douglas High School. Our family will be there on March 24 to stand side by side with this incredible generation of young people from all over the country, and in the name of our children Ella and Alexander, we’re donating $500,000 to help pay for this groundbreaking event. Our children’s lives depend on it.

March for Our Lives was organized by students from Stoneman Douglas, with help from Everytown for Gun Safety, in an effort to change the conversation about gun violence and legislation. They’ll also be traveling to Tallahassee this week to meet with lawmakers. Other Stoneman Douglas students have vowed not to return to school until Congress enacts gun legislation, and other Florida high schools have planned similar protests or walkouts.