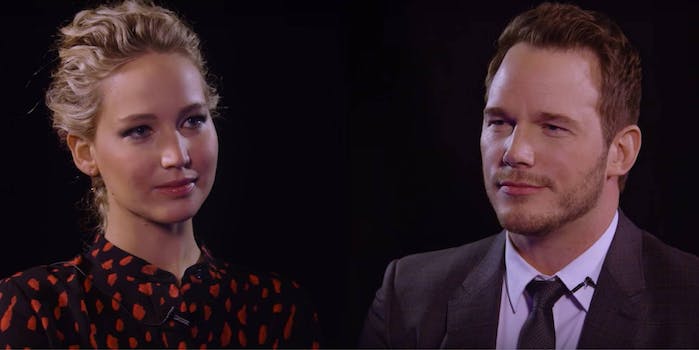 Whose side are you on?

The entire press tour for Jennifer Lawrence‘s and Chris Pratt‘s new movie Passenger has been one whole snub-fest. From Pratt cropping Lawrence out of his Instagram photos, to Lawrence vandalizing Pratt’s face on a Los Angeles tour bus, the sibling rivalry antics are so sickening it just makes you want to vomit.

In their latest popular internet hate-scam, the pair duels cheap insults at each other with (attempting) a composed face.

“Why do they call it Joy?” Pratt, the master of deadpan comedy, asks early in the bit.

“Where do you keep your Oscar?” Lawrence asks with a smize only she can muster.

Watch the petty goodness below.