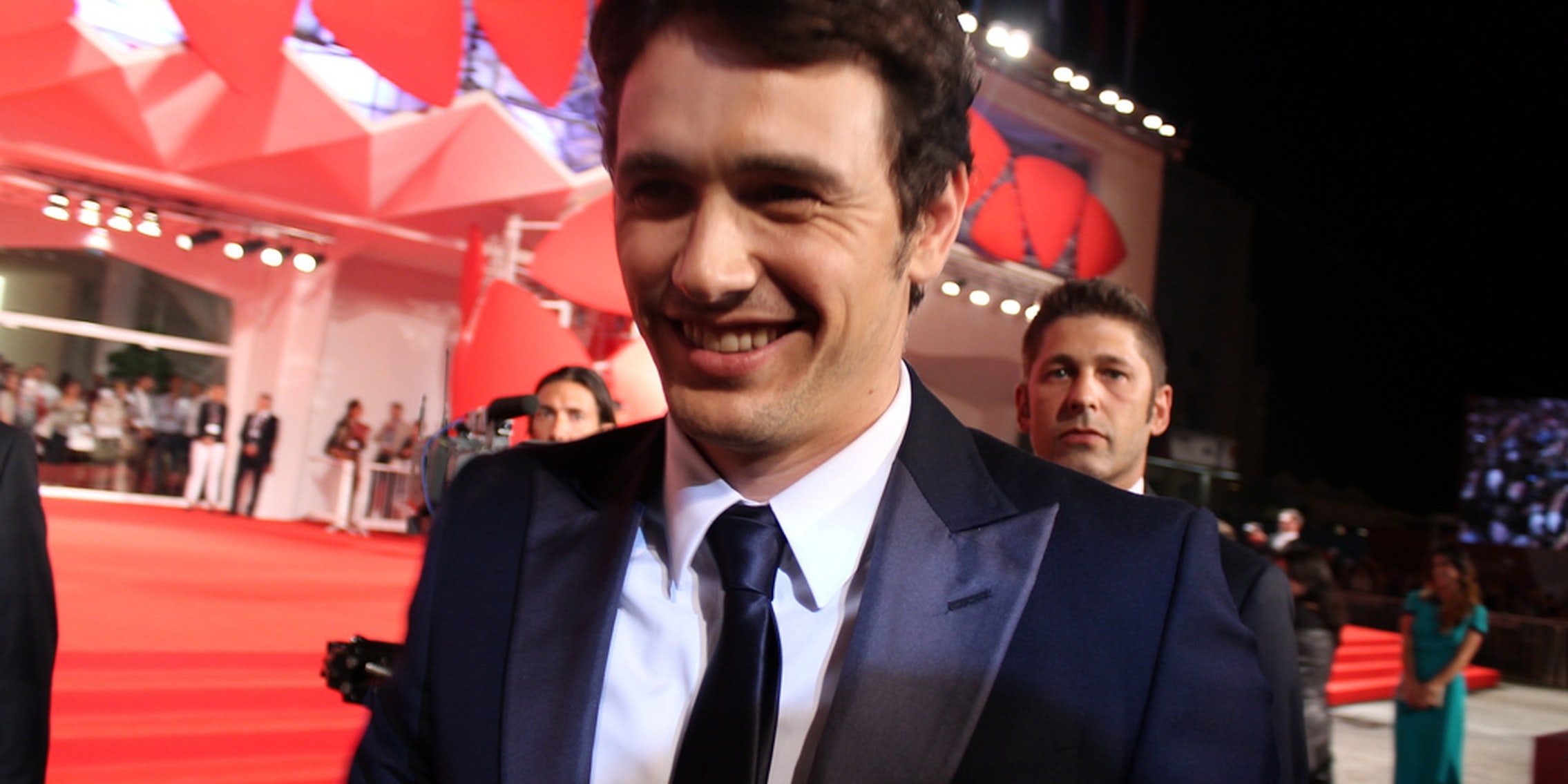 Is the James Franco scandal a hoax—and does it even matter?

If this is a stunt for his new film, Franco still threw a 17-year-old girl under the bus for it.

Update: James Franco discussed the incident on Live With Kelly and Michael Friday morning. “I used bad judgment and I learned my lesson,” he said. Read more here.

It looks very much like James Franco, a 35-year-old actor, tried to bang a 17-year-old girl, Lucy Clode, in a hotel room after chatting her up on Instagram. The screenshots, if they’re unaltered, simply suggest that Franco was doing what regular guys do when a cute girl is into them—chat her up online and try to get her into bed.

James Franco is no “regular guy.” He’s a polymath, an actor and writer and MFA/Ph.D. candidate, and he’s too smart, too social-media-savvy (and too weird) to get himself embroiled in a dumb scandal like this. He very likely knows that nothing you write on the Internet, even private chats, is really private.

He’s also got a movie coming out, and the coincidences between it and this sext situation are too close to ignore. In Palo Alto, a film based off Franco’s 2010 story collection of the same name, he stars as a high school teacher who has an affair with a student on the soccer team.

Creepy older guy, younger admirer. Oh, and the trailer premiered on the day that ended hours before these sexy sexts went down. That day was April 1, the Day of Pranks.

(Franco has an art show in NYC on the 10th, which features some weird photos of him by a building. You could read into this as much as you want.)

Even the boyfriend of Franco’s 17-year-old fan acknowledged Palo Alto. He tweeted, “nah dont worry about it, he was just doing research for his new film,” with a screenshot of the trailer.

Franco’s Twitter update—“PARENTS KEEP THEIR TEENS AWAY FROM ME”—also seemed calculated, like he was screaming at the Internet, “I am a character! Be wary of me!” but also, “What I do to teenage girls is not my fault if I think they’re 18.”

I’M NOT! I HOPE PARENTS KEEP THEIR TEENS AWAY FROM ME. Thank you https://t.co/I1d4n3yVe0

Other revelations today could point to a number of things. Clode deleted her Twitter and Instagram after a number of publications had embedded a video of Franco telling her, “You gotta tag me.” She might have been receiving threats and all sorts of unpleasantness. Or maybe there was something incriminating on those accounts, something that could expose the stunt. But if she’d been in on it, she still had to face Internet commenters calling her a slut and a whore.

The media—and a film industry that tends to gobble up its bright young stars and turn them into horrid lepers by age 25. Recall Franco’s essay in the New York Times about Shia LaBeouf’s social media stunts: Franco pondered whether his peer’s odd saga was “intended as a piece of performance art, one in which a young man in a very public profession tries to reclaim his public persona.”

Was this Franco’s attempt at grabbing attention, reclaiming that edgy, indie public persona he gains in his indie flicks (whoa, he has cornrows in Spring Breakers!) and loses in blockbusters like Spider-Man and Oz the Great and Powerful? Or an attempt to show the media that we are dumb and gullible and shameless traffic gougers?

If either one of those scenarios is the case, Franco’s actions are even more disturbing than if he’d simply hit on a girl half his age, gotten rejected, and moved on. The performance art act is deeply tired, as Katy Waldman argues in Slate—so tired that even Franco knows it.

But it’s more than that.

If this is a stunt, instead of being creepy, Franco is creepy and also manipulative. For one, he exposed Lucy Clode to the inevitable backlash from Franco’s fans and angry dudes who lash out at her for failing to keep a secret and exposing Franco. (Being attractive and active on the Internet invites harassment and sexist threats even if you’ve won a Nobel prize.)

Franco—if this is a stunt—has also exposed Clode to the sweaty taint of bro media—sites like Heavy and whatever this is that took advantage of the Google searches of her name to create slideshows of Clode’s cleavage. This is a 17-year-old girl.

So I’m hoping, like Waldman is, that Occam’s razor holds true here and Franco is just a creep. But not just because the schtick is old—and goddammit I’m sick of seeing public figures make a game out of who can make the most people look stupid—but because Franco has every opportunity to make this story about him and the cool edgy stuff he’s doing, when in fact it is a story about what happens when a girl winds up in an uncomfortable romantic situation and makes it public, only to be harassed off the Web.