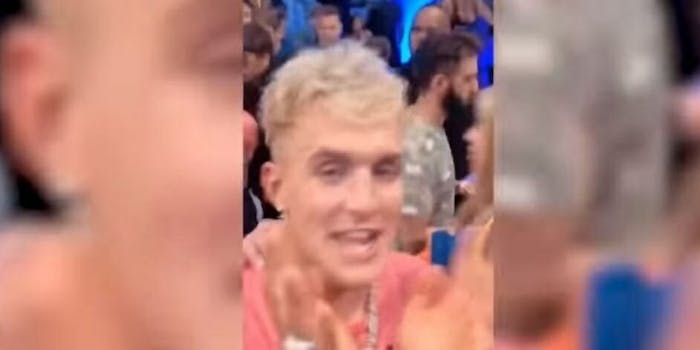 Three days after YouTube star Jake Paul threw a massive house party where at least one woman was allegedly drugged, his lawyer said Paul is taking the allegations “very seriously.”

Initial reports that stemmed from Paul’s bash described the possibility that as many as nine women were drugged. Somebody identifying herself as the mother of one of the women wrote on a local mom’s Facebook group that her daughter “ended up in the hospital with eight other girls who had been drugged and … ended up incoherent. Something was put in their drinks. The girls were all half naked and unable to walk or talk.”

According to BuzzFeed News, the Los Angeles County Sheriff’s Department is investigating one “occurrence of unwillful impairment.” Paul’s lawyer, Stanton “Larry” Stein, told the allegation that “we take this claim very seriously. And we are working with authorities to make absolutely sure we do our part to uncover the truth.”

An anonymous Paul representative told BuzzFeed News that Paul hasn’t been questioned or approached for an interview by police. There is no indication that Paul was involved in the alleged incident or was anywhere nearby when it might have occurred.

According to that anonymous person, Paul also hired 38 security officers who were checking the IDs of partygoers and attempting to keep the peace. The now-deleted Instagram account of @firestation88, which serves the Calabasas area where Paul lives, posted a photo from Paul’s house and said workers spent much of their Saturday night “transporting multiple patients” from the party to the hospital.

There was apparently another injury suffered away from the party. ABC7 reported that an elderly neighbor tried calling the police after one of the party attendees entered her backyard and allegedly began banging on her door. As she went to call the police, she apparently fell face-first onto her stone floor.

As of this writing, Paul hasn’t directly commented on the party via social media. He did not respond to a Daily Dot request for comment.