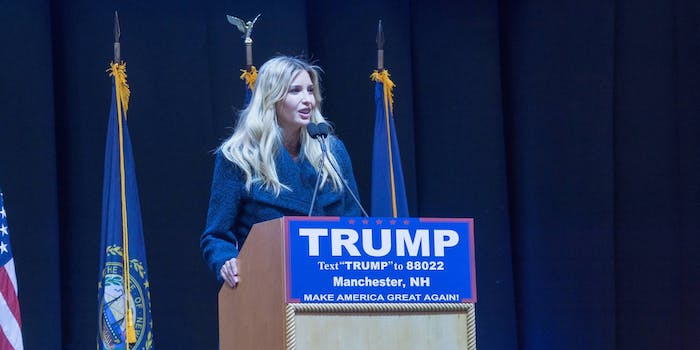 This morning, among economy passengers on a Jet Blue flight from New York City to Palm Beach, Ivanka Trump was allegedly verbally harassed by a man who politically opposes President-elect Donald Trump. He was kicked off the flight.

According to TMZ, the 35-year-old mother and businesswoman was traveling with her children and husband, Jared Kushner, when passenger Dan Goldstein began to yell at the family. “Your father is ruining the country,” the man reportedly yelled. “Why is she on our flight? She should be flying coach.”

Goldstein’s husband, Matthew Lasner, proceeded to post on Twitter after being told to leave, frustrated at the incident. 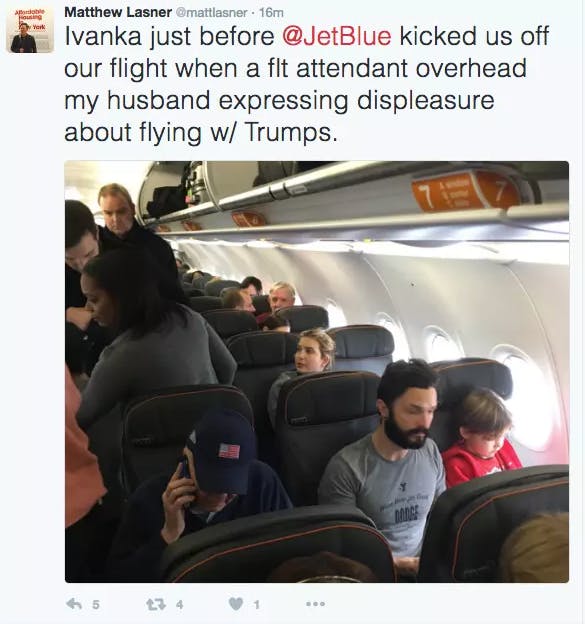 Though Goldstein and Lasner insist there was no yelling or hostility involved, and were allegedly kicked off despite using a “calm tone,” Lasner’s previous posts may imply something different. An hour before the flight, Lasner posted a more telling tweet.

A passenger aboard the flight also told TMZ that Trump simply avoided the man and attended to her kids. The tweets have all been since deleted, and Lasner’s Twitter account no longer exists.