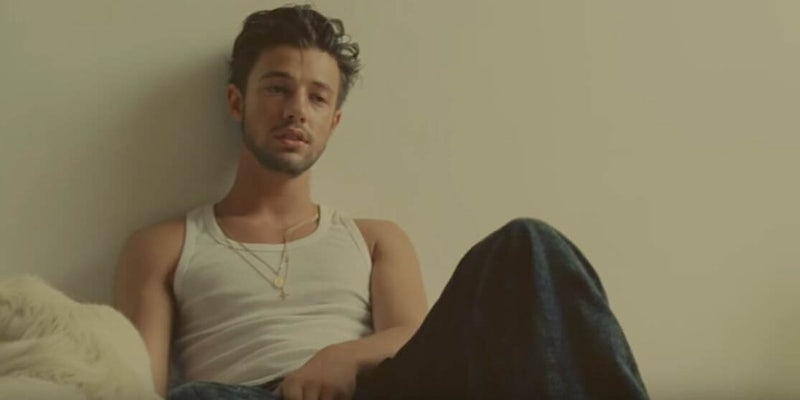 'I swear people in the right Mezz started laughing.'

Social media star Cameron Dallas has conquered the world of online fandom. He’s got more than 21 million followers on Instagram, another 16 million on Twitter, and 5.5 million YouTube subscribers. He was one of the most followed on the now-defunct Vine with more than 8 million.

None of that, however, buys you plaudits on Broadway. When he made his debut this week in the musical Mean Girls, people in the audience were not kind. In fact, they were downright cruel, roasting his singing and acting ability on the stage.

Dallas is playing the role of Aaron Samuels in the show for a limited four-week run—and people on the Broadway subreddit have been laughing at him since he debuted.

In a Reddit thread titled “Sooooo, let’s talk about Cameron Dallas…” the author of the post did not hold back on their criticism. They wrote:

I had the displeasure of seeing Cameron play Aaron Samuels at the evening show of Mean Girls tonight, and hoooo boy, was he a trainwreck!

He didn’t hit a /single/ note in Stupid With Love (Reprise) and you could actually hear the audience’s discomfort. They also took out Aaron’s “Damn you’re fine” in Someone Gets Hurt so there’s just dead space there…

There were a few good notes in More is Better, but that’s also in comparison to the rest of the tunes he butchered. He also was speaking his dialogue as if he were reading from a teleprompter.

It was HILARIOUSLY bad, but honestly it kinda heightened the experience for me. Anybody else witness this yet?

The responding comments on the thread were even nastier.

One wrote, “Even my middle schooler said ‘Um, not trying to be mean but he’s really bad.’ He couldn’t sing at all and looked like he won a contest to be onstage and wasn’t briefed on the choreography.” Another agreed, writing, “I swear people in the right Mezz started laughing during More is Better. I felt bad but it was kinda funny because he really couldn’t find the note the entire show.”

Another penned, “I kind of want to see the show while he’s in it just to see how bad he is lol.”

A few days before his first show, Dallas posted this on his Instagram, writing, “Growing up, I’ve always had so much respect for broadway, watching @nbchairspraylive, @wicked_musical, @thelionking, @phantombway and never… NEVER in a million years would I think I’d get the opportunity to be in one!!! I’m so excited to show you guys how awesome and fun it is!! And now that I’m working on @meangirlsbway, I have WAYYY MORE RESPECT FOR THESE PEOPLE THAN I ALREADY DID!!!!! ON AND OFF THE STAGE!!!”

According to Broadway.com, Dallas’ run in Mean Girls ends on Feb. 9. That still gives you plenty of time to see him on Broadway—even if you plan to just laugh at his performance.