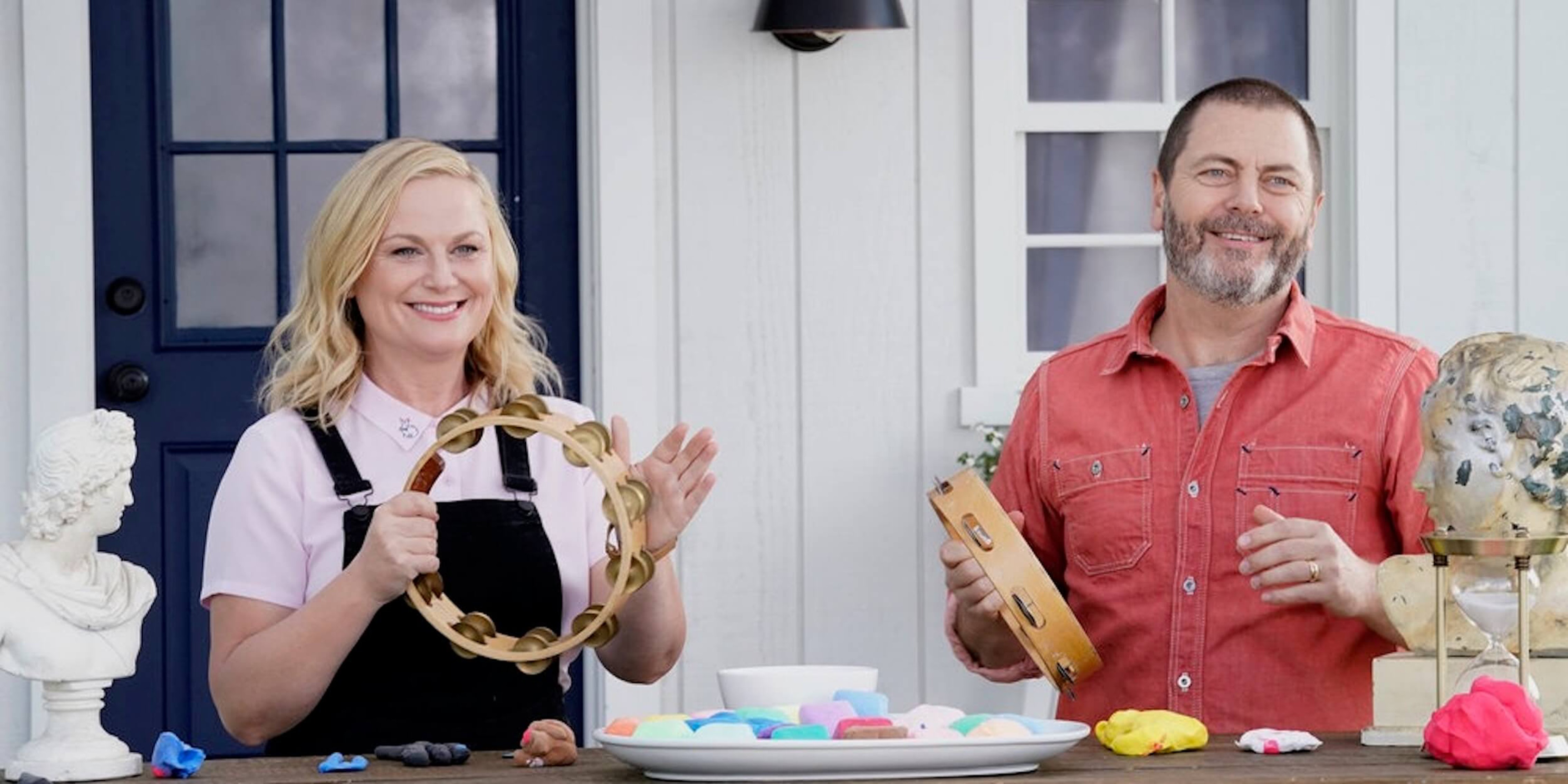 ‘Making It’ is the feel-good binge we need right now

Now that we’re basically staying inside for the foreseeable future because of concerns over the coronavirus, we’re turning to our long-neglected watchlists more than ever. Some of us might find comfort in the fictional pandemics in films like Contagion or Outbreak while others want something much more comforting or escapist. And if you’re looking for the latter, let me direct you toward Making It, which might also be one of the most comforting shows you can binge right now.

At an initial glance, Making It is one of those shows that was seemingly genetically engineered of things we like in a lab. Hosted by Parks and Recreation co-stars Amy Poehler and Nick Offerman (the latter who’s something of a woodsman himself), Making It is a reality competition series that debuted in 2018 and is centered around the maker community, aka crafting. Each episode, contestants have to complete two tasks—a three-hour Faster Craft and a longer Master Craft—that are then judged by Simon Doonan and Dayna Isom Johnson before the winner of each challenge is given a patch. It’s like the best parts of summer camp brought to life without the bugs, but in the end, you can also potentially win $100,000 to become the Master Maker.

(The entire second season is streaming on Hulu and NBC.com, while the entirety of season 1 is available to purchase for less than the cost of purchasing Cats digitally.)

It’s almost entirely too earnest for the sake of being earnest, but its bright colors and warm energy still suck you in while basically giving us America’s answer to The Great British Baking Show, a series that Making It is almost certainly indebted to. (And yes, I know that there is a Great American Baking Show, although the remake loses some of the original’s charm.)

On Making It, the contestants know what they’re doing while showcasing just how expansive the making community can be. It’s not just woodwork or painting or fabrics—one of the contestants in season 2 works with wires while another makes crafts with balloons—while their expertise varies from a couple of years to most of their lives.

But what they’re making never seems to be so unattainable that none of us will ever be able to try it for ourselves. One contestant, in an early episode, even makes a point of using inexpensive materials to create one of her Faster Crafts. You’ll want to craft along, even if it’s your own version of it and at your own pace. Whenever I watch, I knit—a craft that’s not really designed for the time constraints of Making It, something that Poehler acknowledges at one point—and I tend to feel accomplished and inspired after the fact. Those socks or that sweater that seemed impossible to make? Not so much now!

The challenges are fairly low-stakes, as is the drama; to give you a taste of said drama, one particularly harrowing instance involves a contestant in need of a Band-Aid for a blister caused by her shoes. “It’s not competition,” one contestant explained. “Everyone’s willing to help each other out and encourage each other.”

And at the center of it are Poehler and Offerman, who have known each other for years and bounce off each other fantastically. They trade barbs, wits, and, most importantly, puns. (There are so many puns.)

“I get just a little hint of envy and wonder if I should become a contestant on the show,” Offerman notes. “And then I just look at what they’re making, and I say, ‘Oh, I could never compete with these people.’”

But perhaps the best thing about it—and perhaps the best message it unintentionally provides right now—is its sense of camaraderie between them all. The contestants seem to like each other, they complement each other’s work, and if one of them falls, they help each other back up. And the quintessential moment of this arrives in the season 2 premiere. Aspen, one of the 10 contestants, has bitten off more than she can chew in her Master Craft, and her chances of finishing it are very low. Lilly, one of her competitors, notices the time crunch and offers to help clip clothespins to Aspen’s display.

“That’s okay,” Lilly responds. “We’re all hot messes right now. All of us.”

By the time the clock runs out, you have an unusual sight, but one that seems right in line with the very core of Making It. There are 10 contestants competing, but nearly every single one of them is gathered around Aspen’s work station. Some of them have clothespins in hand. Some of them are offering help from a different vantage point. They could easily be tending to their own projects to make sure everything is the way they want it. Instead, they’re not at their own station.

Instead, they’re lending someone else a hand.