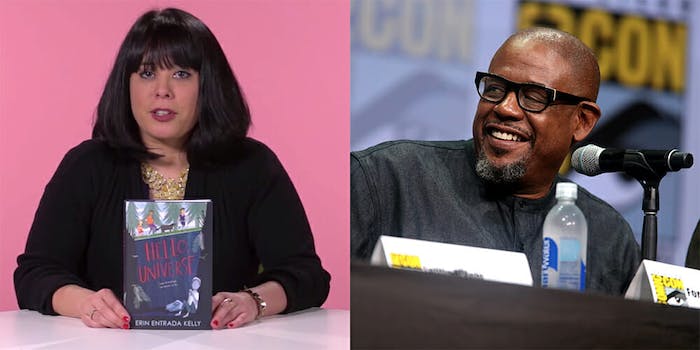 Netflix is adding to its repertoire of family-friendly, live-action films.

Hello, Universe is told through the shifting points of view of two boys and two girls. The story follows the search for a timid middle schooler named Virgil who, thanks to a bully, winds up stuck at the bottom of a well with his pet guinea pig. Virgil’s rescue team is made up of his “psychic” friend, his crush, and the bully who got him stuck in the first place. The novel was published in 2017 by Greenwillow Books, an imprint of HarperCollins Children’s Books.

Playwright and screenwriter Michael Golamco will adapt the book to screen, and Forest Whitaker and Nina Yang Bongiovi of Significant Productions will produce the family-friendly film. Whitaker and Bongiovi previously produced the critically acclaimed Fruitvale Station starring Michael B. Jordan.

Hello, Universe adds to the litany of live-action family films also on the way from Netflix. Titles include the high school comedy Tall Girl, directed by Nzingha Stewart and written by Sam Wolfson. A Babysitter’s Guide to Monster Hunting, directed by Rachel Talalay and based on Joe Ballarini’s novel of the same name, is also on the horizon.