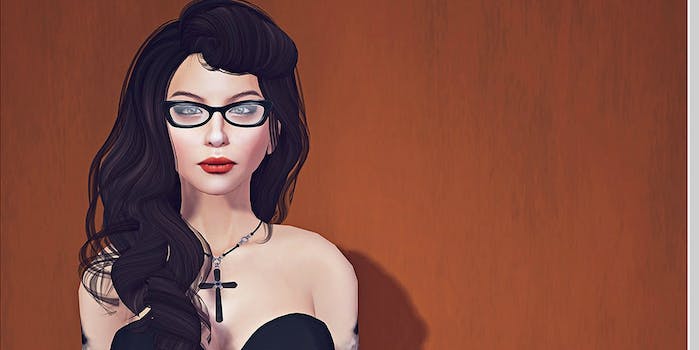 Television is lightyears ahead of film when it comes to representation in Hollywood.

Thanks to an ever-increasing richness of complex and diverse characters in television, GLAAD’s 2014 update on the state of representation in TV is nowhere near as dire as its previous report on film.

In short, things are looking up—but there’s still a long way to go. While the overall amount of queer and genderqueer content on network television is higher, just 4 percent of regularly appearing characters on TV are LGBTQ.

There were no regularly appearing transgender characters on broadcast networks this year, and only one regular trans character on cable, thanks to ABC Family’s The Fosters.

The latest version of GLAAD’s Network Responsibility Index focused on 15 networks that produced content during the 2013-2014 programming year—and for the first time in the report’s history, three different networks earned “Excellent” ratings for their commitment to diversity.

HBO, ABC Family, and MTV are all leading the pack in satisfying increasing consumer demand for diverse media content.

And Fox became the highest-scoring network in television history, with 42 percent of its programming hours featuring positive LGBTQ representations.

But now that this goalpost has been reached, GLAAD is upping its standards. Next year, in order to receive an “Excellent” rating, networks must feature “significant transgender content”—a move the organization is making in direct response to the overall lack of representation of trans characters, something this year’s report focused on significantly.

The report praised Netflix and Amazon for giving the world complex trans characters on Orange Is the New Black and Transparent. While noting that the rise to prominence of Laverne Cox and other trans actors had created a “media moment” due to these shows, the report also admonished the television networks in its study for continuing historical patterns of minor or solely negative representation of these men and women.

“It’s no coincidence that new online content creators like Netflix and Amazon feature some of the most groundbreaking and fully realized depictions of transgender characters,” the report stated.

On the subject of queer representation overall, the report noted that “The continuing exclusion of LGBT people overall from some networks begins to appear more politically polarized with each passing year.”

The survey looked at the number of LGBT-inclusive hours of programming for the five broadcast networks and 10 cable networks, along with the amount of racial and gender diversity reflected among examples of queer representation.

Fox easily did well in all areas, primarily thanks to the diverse cast of Glee and the numerous real-life queer creators who feature prominently on So You Think You Can Dance.

While the CW may be ever-popular with fandom thanks to its homerotic white dudes, its lack of diversity hurt it significantly in the GLAAD ranking: A whopping 76 percent of its programming hours featured gay content and 36 percent featured bisexual content, but it only mustered a “Good” rating overall because most of those characters were white men.

And despite the commitment of individual CBS shows like The Good Wife and Elementary to diversity, the network only mustered an “Adequate” overall.

Here’s the breakdown of network rankings:

You can download and read the full responsibility index report here.

Meanwhile, in GLAAD’s second report, Where We Are on TV, the organization found that only 3.9 percent of regular characters in the upcoming season will be lesbian, gay, or bisexual. None were genderqueer.

The GLAAD report also took note of the overall state of representation for other segments of Hollywood’s minorities:

The full report is available here.