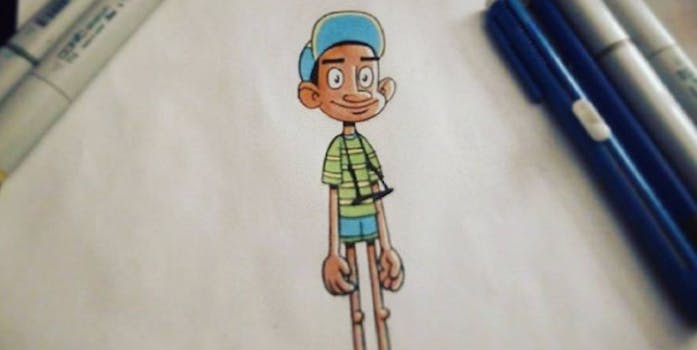 Did Will Smith tease a ‘Fresh Prince’ reboot on his Instagram?

Fresh Prince reboot rumors have been around for years, but this week a new theory about a possible animated spinoff sounds like it could be the real deal. And as TMZ astutely points out, earlier this month Will Smith seemed to be exploring animated Fresh Prince fan art for the first time on Instagram.

Smith has been gently dodging discussions about repackaging his beloved ’90s franchise since 2015. First, the actor seemed to be considering an update that would put “a new spin on the fish out of water” story. Then, a year later, it looked like maybe Jaden Smith would be stepping in to fill his dad’s shoes. Neither of those rumors ever came to pass, but the Fresh Prince fan base is still deep and wide. The series ran on NBC for 6 seasons and has been a mainstay in cable syndication ever since.

Fast forward to this week, and some new details are pointing to the possibility of a brand new approach to the beloved franchise. According to AV Club, the company that owns the rights to The Fresh Prince Of Bel-Air has “filed some trademark applications for the phrase ‘Fresh Princess’ for merchandising as well as a TV show.” In other words, a gender-swapped reboot could be on the way. Or at the very least, it looks like Smith’s production company doesn’t want anyone else making a gender-swapped reboot for the time being.

Now THIS is what’s up! I had to post this hot piece by @thesketchlab. Never thought about FP in terms of animation.

Smith wouldn’t have to look far for vocal talent if the idea for a female-centric spinoff did become reality. His 17-year-old daughter Willow seems focused on her music career right now, but might have time to lend her voice to say, a cartoon teenage girl whose dad comes from West Philadelphia.

Smith’s 19-year-old son Jaden made his cartoon debut just last fall on Netflix‘s Neo Yokio. If this Fresh Princess idea takes off, animated series could be a new family business.