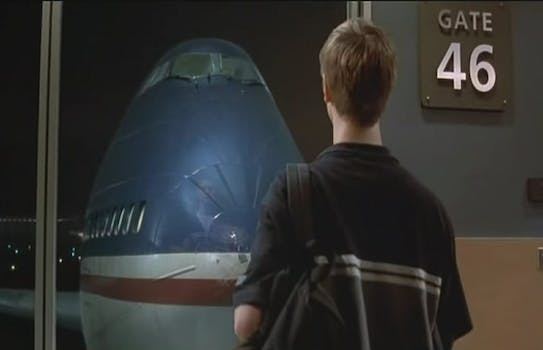 The ‘Final Destination’ movies are now streaming on Hulu

Thinking about cheating death? Not so fast...

If the Final Destination movies have taught us anything, it’s that sometimes cheating death can have horrific consequences. Oh, and that tanning beds are actually the shape of coffins, and that’s really scary. The franchise has become so popular that its even been the inspiration of a book series and comics.

What are the Final Destination movies about?

The five Final Destination films all follow the same basic premise. In each one, a group of people narrowly avoid their deaths due to an intervention from an individual who has a premonition about an impending disaster that would have otherwise killed them all. However, soon after avoiding this untimely demise, one by one, the characters begin perishing in grisly accidents–typically in an ironic manner that evokes their deep-seeded fears or worst nightmares.

Even as the respective films near the end and the viewer assumes a couple of stray survivors were truly able to escape death, often times they conclude in a twist that makes it clear that fate had other plans. In other words, the movies definitely keep fans on their toes.

Why should you binge the series on Hulu?

The franchise is easily a safe bet for anyone who enjoys stereotypical horror or thriller movies. The acting in the Final Destination films is about on par with what you’d expect, and not to mention, if you’ve seen one of them you’ve kind of seen them all. That said, the films do come up with creative and scary ways to kill off the characters, which makes for a fun roller-coaster ride. (Unlike the kind that kills everyone on it, which we believe happens in at least one of the movies.)

And heck, given that the original Final Destination came out nearly 20 years ago, it might also be fun to go back and binge them from the beginning. If nothing else, it gives a sense of how much visual effects have changed over the years.

Interestingly enough, Jeffrey Reddick, who wrote the original spec script–which he had originally drafted for an episode of The X-Files before it was picked up by New Line Cinema–based it on a supposedly true story. As the story goes, a mother begged her daughter not to get on an airplane because she had a bad feeling about it. The daughter avoided the flight and later learned that the plane had crashed. Creepy!

Still not sure what to watch on Hulu? Here are the best movies on Hulu, what’s new, the best shows on Hulu, the sexiest movies you can stream on the service, scary movies, Hulu documentaries, anime, and the must-see Hulu originals.