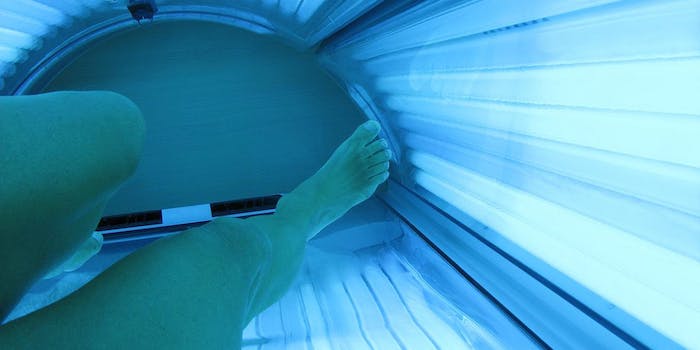 This selfie serves as a gruesome warning for those who love tanning beds.

This article contains a graphic and shocking image.

A mom has taken to Facebook to spread awareness about the dangers of using tanning beds and forgetting sunblock by sharing a selfie of her skin cancer treatment.

Tawny Willoughby was 21 when she was first diagnosed with skin cancer. Since then, she’s had basal cell carcinoma five times and squamous cell carcinoma once, even though she’s only 27. She tanned frequently in high school four to five times a week, because her glow often faded quickly.

Warning: The photo is extremely graphic and might be shocking to some. 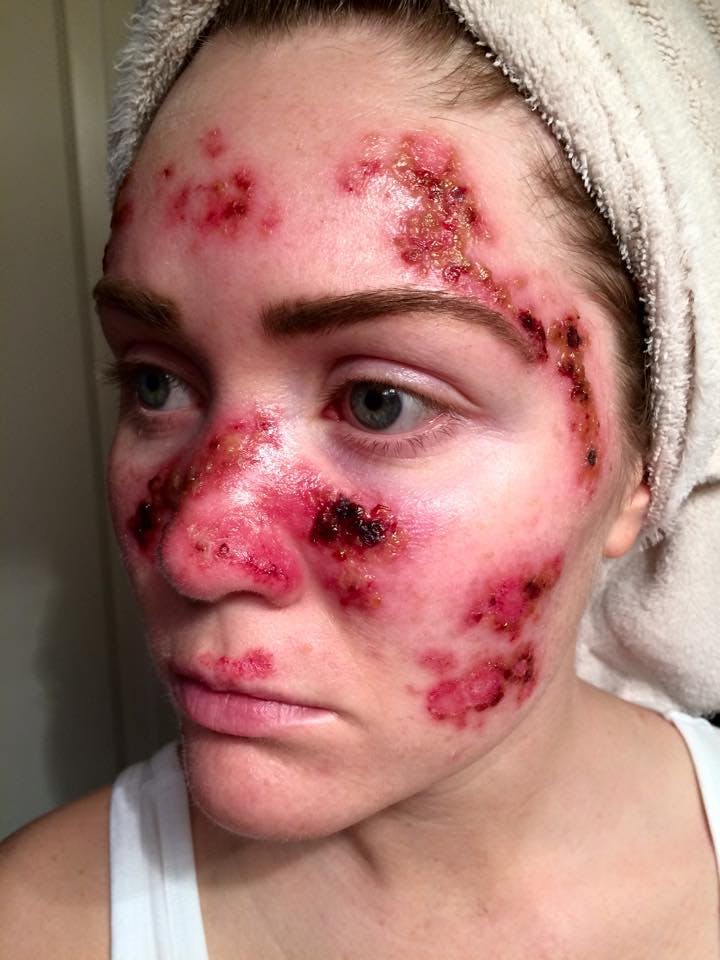 Willoughby posted her photo in honor of National Skin Cancer Awareness Month. So far, the photo has been shared nearly 50,000 times on Facebook. It’s obviously a little disturbing, to the point where someone on Facebook has reported it for review. But it contains a powerful lesson about the importance of skin care.

“You only get one skin and you should take care of it. Learn from other people’s mistakes,” she writes on Facebook. “Don’t let tanning prevent you from seeing your children grow up. That’s my biggest fear now that I have a two year old little boy of my own.”

Along with telling her story, Willoughby’s post contains a basic explanation of the different kinds of skin cancer, as well as how to recognize and treat the disease.

Willoughby writes on Facebook: “Don’t be a statistic! … I’m happy to answer any questions you have about my story and skin cancer in general!”