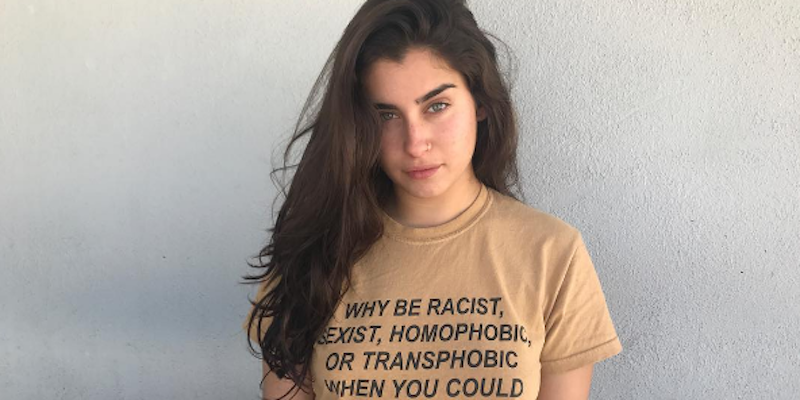 'Pardoning criminals and criminalizing the vulnerable.'

She may be in a girl group that cranks out Top 40 hits, but Lauren Jauregui isn’t afraid to get political when she wants to.

The 21-year-old Fifth Harmony singer, whose parents are both of Cuban descent, tweeted a screenshot Monday afternoon to share her thoughts about the DACA repeal with President Donald Trump… and her 3.25 million followers.

“It’s incredible to me that you’ll pardon a man who is known for running his prison as a Latino concentration camp and call him a patriot, but then deport kids with a dream to be successful citizens with safe lives,” she wrote, referencing the president’s recent public pardon of Joe Arpaio. “You disgust me. You and your squad of Republican elite/cowards are truly sick humans. Pardoning criminals and criminalizing the vulnerable. #SaveDACA”

The president’s decision to repeal the Obama-era immigration policy has sparked public outrage and resignations from officials at the White House.

The decision stands to revoke immigrant amnesty for over 800,000 people currently living in the U.S.