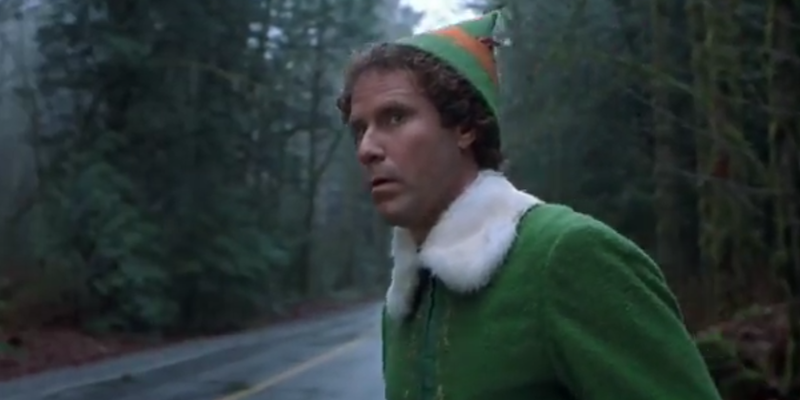 The best feel-good movies to lift your spirits

We love a depressing drama or scary movie as much as the next person, but sometimes you just want to watch something that won't stress you out.

Looking for a movie that will boost your spirits, give you a laugh, and leave you with a smile on your face? You’re in luck. We love a depressing drama or scary movie that keeps you up all night as much as the next person, but sometimes you just want to watch something that won’t stress you out, something that will put you in a good mood. We’ve looked around HBO, Amazon Prime, Hulu, and other streaming sites to find the best feel-good movies guaranteed to deliver a smile.

This update of the Goldie Hawn-Kurt Russell classic stars Anna Faris and Eugenio Derbez. Faris and Derbez play Kate and Leo. She’s a struggling single mother and he’s a wealthy playboy. When Leo suffers a head injury that gives him amnesia, Kate uses it to her advantage.

As you can imagine, the initial animosity between the two turns into genuine affection, but not without some bumps along the way. Overboard is a slight, silly feel-good movie on Amazon Prime and Hulu that rides the charms of Faris and Derbez. —Eddie Strait

We’re not being facetious when we say this is one of our favorite David Spade performances. His brand of bone-dry sarcasm normally grates (for me at least). This time, he makes Emperor Kuzco believably entitled but doesn’t take it so far that you just hate the character. Spade is a worthy yin to John Goodman’s yang as gentle giant Pacha.

The Disney story follows a familiar arc: Kuzco has to learn to be kind and let go of his selfishness, and Pacha is the poor man who has to teach Kuzco how to deal with people. It’s simple, it’s effective, and it’s hilarious. —E.S.

3) Fighting With My Family (Amazon Prime)

Midsommar and Little Women brought a lot of people aboard the Florence Pugh bandwagon, and Fighting with My Family is another showcase for the actress. Pugh plays Saraya Knight, an English wrestler who chased her dream to the U.S., where she starred in the WWE.

In a world of anthropomorphic animals, koala Buster Moon owns a theater, having been interested in show business since his father took him to his first music show as a child. Following financial problems brought up by the bank representative Judith, he tells his wealthy friend Eddie that he will host a singing competition with a prize of $1,000. But Buster’s assistant, Miss Crawly, accidentally appends two extra zeroes, and the promotional fliers showing $100,000 are blown out of Buster’s office into the city streets. — IMDb

Director Danny Boyle and writer Richard Curtis’ ode to The Beatles is a whimsical, charming tale about a man who wakes up one day and realizes he is the only person alive who remembers the Fab Four. That man, Jack (Himesh Patel), a singer-songwriter struggling to break out beyond his local dives, takes it upon himself to record as many Beatles tunes as he can.

When the modern world gets its first taste of the iconic songs, Jack experiences his own Beatlemania. Yesterday is more of a loving tribute than hagiography, a celebration of the music that has meant so much to the world and helps us connect to each other. If you’re in the mood for something that will put a smile on your face, Yesterday hits the right notes. —E.S.

Ant-Man and the Wasp had the impossible task of following Avengers: Infinity War, and it wisely chose to do its own thing instead of trying to one-up Thanos. Hope van Dyne (Evangeline Lilly) and Hank Pym (Michael Douglas) have been on the run from the FBI since the events of Captain America: Civil War. They built a tunnel to get into the Quantum Realm, so they can rescue trapped Janet van Dyne (Michelle Pfeiffer). But they need a missing piece of the puzzle from Scott Lang (Paul Rudd), who’s three days away from the end of his house-arrest sentence.

With plenty of callbacks to the first Ant-Man, the visual and verbal gags mostly land. The action scenes are engaging and take full advantage of the landscape. Though it probably won’t convert any viewers who aren’t keen on its titular hero, Ant-Man and the Wasp is a fun and humorous feel-good movie available on Netflix that doesn’t overstay its welcome. —Michelle Jaworski

When dating coach Alex Hitchens (Will Smith) takes on a new client, Albert (Kevin James), everything he’s preached in his career is challenged. Hitchens tries to teach Albert the tricks and tips to woo the famous Allegra Cole (Amber Valletta). But it starts to cause issues in his own dating life when his love interest (Eva Mendes) finds out. The motto of this hilarious feel-good movie on Amazon Prime is to just be yourself; it’s more attractive than the cliché status quo. —Audra Schroeder

Steven Soderbergh returned to feature films after his four-year hiatus with this NASCAR heist film. Toplined by a great cast (including Channing Tatum, Adam Driver, Daniel Craig, Katie Holmes, Riley Keough, and Katherine Waterston), Logan Lucky channels the easy energy and breezy fun of Soderbergh’s Ocean’s films. This feel-good movie on Showtime won’t blow you away with its originality, but when everyone is operating at this level, the joy becomes infectious. —E.S.

Armed with a clear vision and a brazen 78-page plan, Richard Williams is determined to write his daughters, Venus and Serena, into history. Training on Compton, California’s neglected tennis courts—rain or shine—the girls are shaped by their father’s unyielding commitment and their mother’s balanced perspective and keen intuition, defying the seemingly insurmountable odds and prevailing expectations laid before them. Based on the true story that will inspire the world, “King Richard” follows the uplifting journey of a family whose unwavering resolve and unconditional belief ultimately deliver two of the world’s greatest sports legends.—Anonymous

Olivia Wilde’s directorial debut, Booksmart, is a high school graduation party comedy masterfully redone for our current era. Kaitlyn Dever and Beanie Feldstein play Amy and Molly, two teens who spent their high school years preparing to attend an Ivy League college. They didn’t leave much time for fun and attempted to rectify that by attending a party the night before graduation.

Booksmart is already being compared to other similar films in the genre, like Superbad. Yet Booksmart is more than a simple graduation party comedy. At its core, this feel-good movie, available on Hulu, is about female friendships and the process of becoming an adult. Its complicated characters and smart writing make it one of the best comedies I’ve seen in recent years. —Tiffany Kelly

During Michael Cera’s glorious mid-aughts run of comedies, he starred alongside Kat Dennings in this infinitely charming and funny feel-good movie that’s now on Amazon Prime. Nick and Norah, strangers at the start of the movie, turn their meet-cute into an all-night chase around New York to catch a secret show by the elusive band Where’s Fluffy. The rom-com is plenty funny, but the relationship between Nick and Norah elevates the movie above most of its peers. —E.S.

Nominated for best picture and co-written by Mad Max’s George Miller (who went on to direct the movie’s sequel, Babe: Pig in the City) people forget too often that Babe is more than the cute pig movie. It’s also a poignant, deeply moving, and occasionally harrowing story about finding compassion in unexpected places and the unlikely triumph of a group of underdogs (and one under-pig.) Even today, it’s still hard not to tear up when Farmer Hoggett tells Babe, “That’ll do, pig. That’ll do.” —Chris Osterndorf

This 2003 film has become more well-known for being quotable—“You sit on a throne of lies!” is an evergreen line—than being a heartwarming holiday film. But Will Ferrell’s portrayal of Buddy, a grown man who has lived his whole life believing he’s an elf, is a more emotive one. The film centers on him trying to find his real father. Of course, there are still plenty of Ferrell freakouts, and the casting is truly inspired. —A.S.

Richard Curtis, best known for Love, Actually, is a master of saccharine romantic comedy, and About Time is an overlooked gem in his filmography. When Tim (Domhnall Gleeson) learns he has the ability to travel back in time and relive moments from his past, he uses that ability to charm Mary.

As their life progresses, Tim learns the true power of his ability and the ramifications of his actions. Despite the icky implications of the premise, About Time uses its conceit to seek out emotional honesty. The feel-good movie, available on Netflix, will make you laugh and make you cry. —E.S.

Samantha Montgomery (Hilary Duff) or “Sam”, has a rough childhood with her father dying in an earthquake and a new stepmother with two awful daughters. But on the bright side, Sam has an awesome best friend named Carter (Dan Byrd) and an e-mail relationship with a guy named Nomad. One day, Sam gets an e-mail from her Nomad saying that he wants to meet her in the middle of the dance floor at their high school Halloween dance. She accepts the invitation and glides into the room wearing the best outfit ever. Her Nomad takes her outside where they share a romantic dance together and Sam realizes that her e-mail friend is the most popular guy in school, Austin Ames (Chad Michael Murray). She runs back to her stepmother’s diner before she knows she went to the dance and drops her phone on the way. Austin finds it and starts a search for his Cinderella. — bella yeager