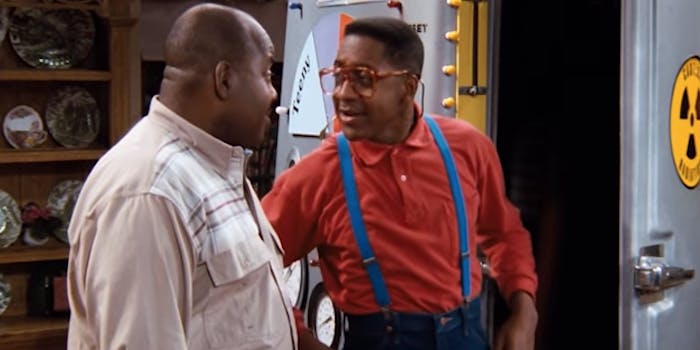 Did I do that?

If you were a fan of ABC’s TGIF block in the ’90s, you’re in luck: shows like Family Matters, Boy Meets World, and Full House have found a home on Hulu.

And it seems like ’90s kids are dedicated bingers. According to Hulu, the average Family Matters fan who watched the entire series in 2017—that means all nine seasons which aired from 1989 to 1997—completed their binge within a month. That’s the equivalent of consuming over two seasons of Urkel and the Winslows a week. Streaming services are usually reluctant to share their stats, but Hulu revealed the quirky tidbit during a panel this month in Austin, TX.

It’s not hard to find evidence of their findings on social media, either. Twitter is full of fans discovering the series on Hulu and then quickly devouring it:

Family Matters is on @hulu There goes my Sunday! #FamilyMatters #Hulu

I would agree but I found 9 seasons Family Matters on Hulu and I haven’t looked back since. https://t.co/OwS2snikY5

Carl Winslow: "Ah, just how much is it to go to Harvard Law School these days?"

Family Matters isn’t the only TGIF show that Hulu users are finding highly bingeable. The streaming giant also revealed that the average Hulu viewer who watched all eight seasons of the original run of Full House (1987-1995), completed their entire binge over the course of just one month too. The company also revealed that its average Boy Meets World viewer is 32, and its average Family Matters viewer is 34.