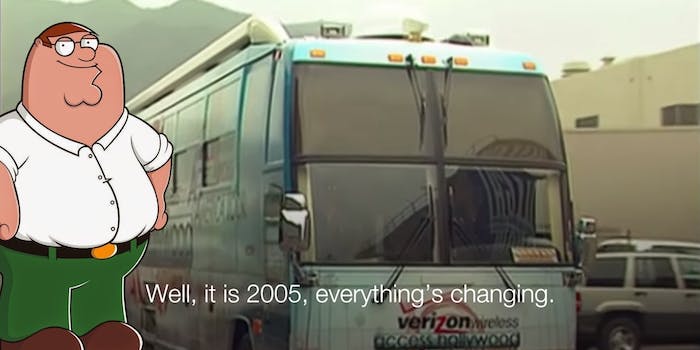 'Hey, you wanna have some locker room talk?'

In last night’s episode of Family Guy, Peter Griffin stumbled onto the bus with Donald Trump as he made inflammatory and degrading comments about women to then-Access Hollywood host Billy Bush in 2005.

Despite how thoroughly saturated the media has been over the hot mic recording, including a bit on Saturday Night Live, the bit is surprisingly effective and very funny.

Here's the uncensored Peter on the bus gag https://t.co/nJWSV4nYkr

Can we please have Peter Griffin as Trump’s new surrogate?