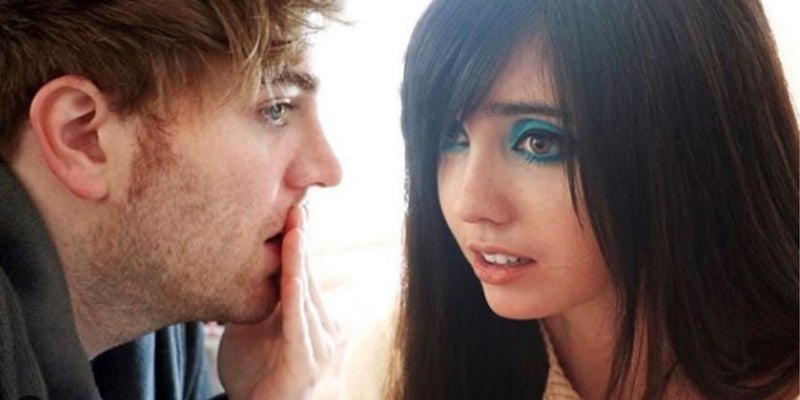 Cooney opened up about her eating disorder for the very first time.

On Friday, Shane Dawson dropped a documentary on YouTube titled, “The Return of Eugenia Cooney.” The documentary marked his own return to the platform.

Dawson took a five-month YouTube hiatus following the release of his last conspiracy theory video in February. Cooney also took her own “much-needed break” from social media to have “some positive time offline,” the 24-year-old announced on Instagram in January. Then in February, she wrote on Twitter that she was taking a break from social media in order to work with her doctor, both voluntarily and privately. Still, she never outright admitted that she had an eating disorder.

Even then, Dawson showed his support for her.

Fans have speculated that Cooney might have an eating disorder for a while due to her ultra frail appearance. In 2016, 20,000 people signed a Change.org petition, urging YouTube to ban Cooney from the platform.

“She knows that she’s influencing young teenage girls into thinking being 60 lbs. is normal,” the petition creator, Lynn Cloud, wrote.

At the time, Cooney denied she had any health issues. Her fans’ worry, the petition, and her denial were all addressed in Dawson’s documentary.

“I just want you guys to know like I have seriously never have tried to be a bad influence on YouTube or to influence anyone badly,” she said in a YouTube video at the time. “I would never want to do that. I have never told anyone to try to like lose weight or to try to like change the way they look or to look like me.”

Rumors of her death even circulated online around the time she announced her social media break–she briefly returned to Twitter to debunk the rumors.

Dawson’s documentary, which was released on his 31st birthday, begins with a disclaimer stating that it “contains discussion of eating disorders which may be triggering to viewers.” It was the first time Cooney opened up about her struggles with anorexia and bulimia, along with her road to recovery.

“Even when I was younger I was always naturally small. As things were going forward, I was losing more weight and not seeing that it was a really big problem,” Eugenia said in the documentary. “I’m doing a lot better and trying to make sure I’m eating enough. I think it’s good that I made a decision to get myself back to a healthy place.”

She said rehab was a “weird experience.”

“As you’re eating, you’re watched. When you go to the bathroom, you have someone outside the door,” she said. “I knew I just had to do it, follow the program, and do what I had to do. When you’re going into it, it seems like a lot. It isn’t exactly the easiest.”

Dawson even acknowledged his own struggles with bulimia in the documentary, which has amassed over 10 million views.

“I think she is doing better, which is like a miracle,” Dawson said of Cooney. “My hope and her hope is that this could help a lot of people. This to me feels like the most important thing I’ve ever done.”

Cooney later posted a short video on her own channel, simply titled, “I’m back.”

“I’ve been taking time off and focusing on my issues and my health. It’s been a really hard year and a difficult journey, but I’m so excited to be back,” Cooney wrote in her Instagram comeback post. “Thank you so much to the absolutely AMAZING Shane Dawson for helping me share my story. He is such a genuinely kind and wonderful person and I am SO happy we got to make this.”