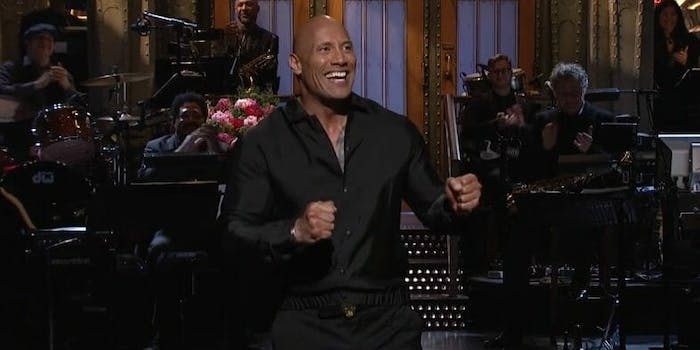 Dwayne Johnson announces candidacy on ‘SNL,’ and his running mate is the perfect choice

We might not know much of anything about Dwayne Johnson’s politics, but we do know people at this moment would prefer the Rock to Donald Trump as president.

That’s good enough for Johnson, who hosted the season finale of Saturday Night Live, received his Five-Timers Club jacket, and announced his candidacy for 2020. Turns out he and his running mate have impeccable credentials.

Johnson and Tom Hanks in 2020? Hey, stranger things have happened.