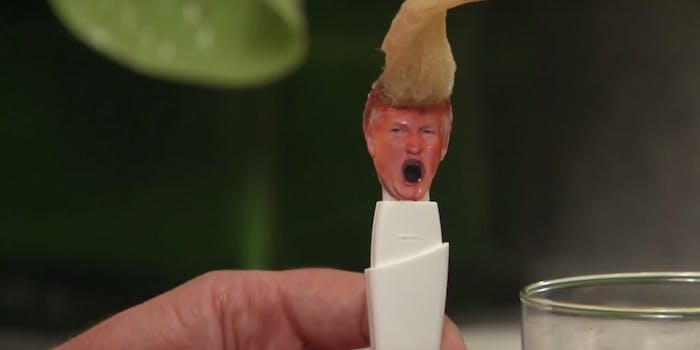 'You call that ovulating? You're a loser. Your eggs are losers!' Too real.

As we all know, Donald Trump is great with women. To show just how he great he is, Conan O’Brien made a fake ad for a “Trump ovulation test kit” following the businessman’s bizarre menstruation-related remarks during the first 2016 Republican presidential debate.

In true Trump style, the kit is branded with the man’s name and face, and it capitalizes heavily on his abrasive persona. To find out if you’re ovulating or not, you pee on a stick with a little Donald Trump head on the end. The stick then tells you if your eggs are “winners” or “losers,” accompanied by some motivational yelling.

We feel bad for late-night TV comedy writers when Donald Trump finally drops out of the presidential race.