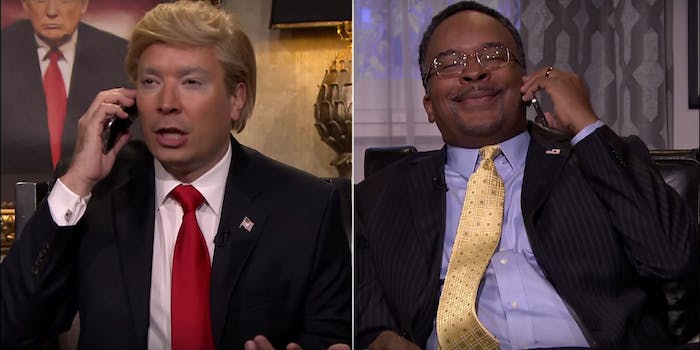 They weren't that impressed.

They couldn’t have been more bored by the debate, so they also talked about their Halloween costumes—Trump is going as Sexy Pizza Rat—and made comparisons about the other Democratic candidates.

Despite their friendliness, Trump is onto Carson. The business mogul has seen Carson spout garbage and rise in the polls because of it—and he’s not happy that someone has stolen his shtick.

We can’t wait for the next debate.