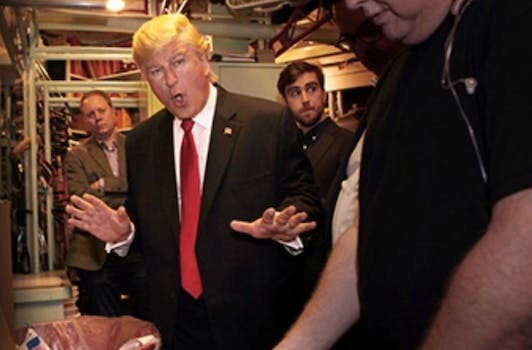 The final Saturday Night Live of 2016 airs tonight, and if you wondered whether Alec Baldwin would take one last crack at blasting Donald Trump through his now infamous impression, Baldwin provided you an answer Saturday morning.

The answer, then, seems to be yes. Baldwin will play Trump yet again.

After Baldwin’s first appearance on SNL following the election that made Trump the president-elect, here was his review.

That led Baldwin to fire back this response.

Trump, of course, hasn’t released his tax returns, so Baldwin will play him once again. My prediction: Baldwin will make fun of Trump. Trump will watch. Trump will respond again on Twitter. And you will read about it all over the internet Sunday morning.