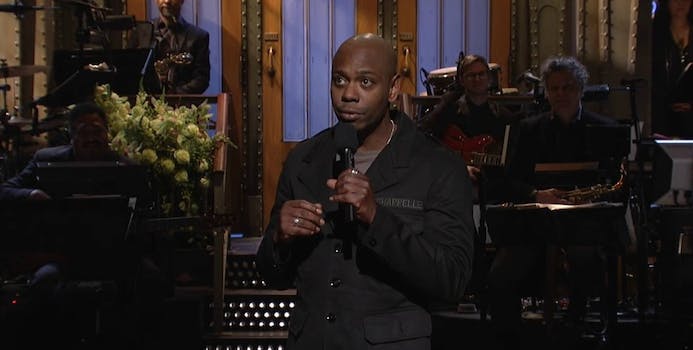 He was funny. And he was poignant.

With Dave Chappelle hosting Saturday Night Live for the first time in his career on Saturday, viewers could have expected a brand of humor in his monologue that included a shoutout to Harambe, a callback to Donald Trump’s “You can grab them by the pussy” line, and a quick discussion on how tax cuts would be great for his own bank account.

But what you might not have expected from the gifted comedian who we don’t see often enough was a poignant, almost emotional take on what Barack Obama’s White House meant to him personally.

The monologue was 11 minutes long, and it’s most certainly funny. But the final two minutes will be what we remember going forward.

Particularly since Chappelle spent one recent comedy set ripping into Hillary Clinton, Chappelle’s moving moment was exactly what some people needed to hear.