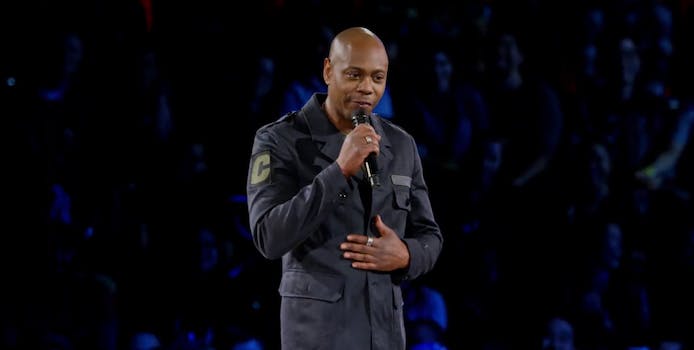 Dave Chappelle apologizes for saying we should give Trump ‘a chance’

Dave Chappelle is having second thoughts about his SNL monologue.

Last November, when he hosted Saturday Night Live for the first time, Chappelle’s monologue included a bit in which he said he would give President Donald Trump “a chance.” Many people furrowed their brows over this statement, and now six months into Trump’s leaky presidency, Chappelle admitted he “fucked up.”

Dave Chappelle tonight in NY on his November SNL monologue: "I was the first guy on TV to say 'Give Trump a chance.' I f***ed up. Sorry."

Chappelle also said in his SNL monologue that Trump must give the American people a chance, but that is not going well either. He touched on Trump’s proposed Muslim ban during his set, too, saying it’s “way out of step” with how Americans feel.