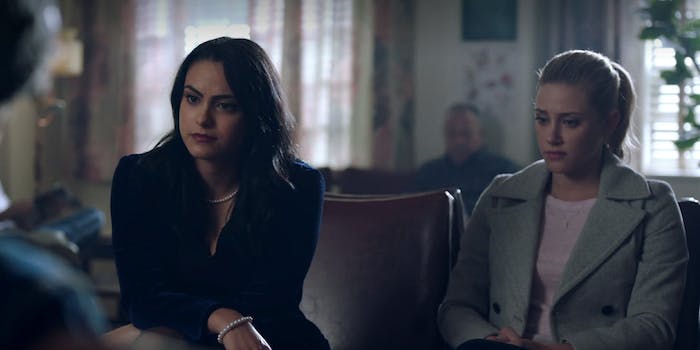 The CW won’t be renewing its Netflix deal

The CW is reportedly opting out of renewing its deal with Netflix, according to Deadline.

The deal between the CW and Netflix was apparently up for renewal this spring, after being renewed in 2016, but the partnership won’t be going forward. Three new CW series are also being shopped around to other platforms: The Ruby Rose-led Batwoman series; Riverdale spinoff Katy Keene, starring Lucy Hale; and a Nancy Drew series starring Kennedy McMann. All three series debuted trailers on Thursday.

Netflix’s CW deal opened up shows like Riverdale and The Flash to bigger audiences, and while those shows won’t disappear from the platform, the contract not being renewed just means Netflix would have to put in a bid for completed seasons instead of getting them automatically. Deadline reports that Batwoman could be headed for AT&T’s new streaming service, which is also potentially gobbling up WarnerMedia-owned titles like Friends and Seinfeld. WarnerMedia also owns the CW’s Supernatural. Nancy Drew and Katy Keene could potentially be picked up by Netflix.

According to Variety, two of the new series are set to premiere in the fall. Addressing the Netflix deal, CW head Mark Pedowitz left it up to CBS TV Studios and Warner Bros. TV to figure out where series would land: “We have a very strong brand and it is really up to our studio partners to decide where the past seasons of our programming goes.”