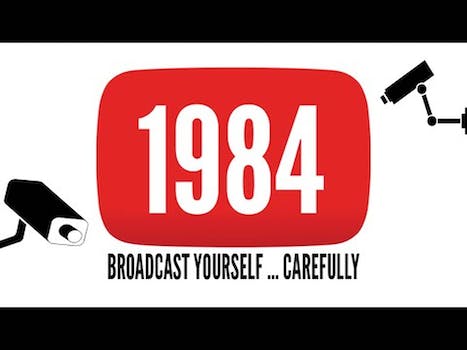 Dozens of YouTube users have posted videos in opposition to the company’s demonetization of content that isn’t advertiser-friendly.

Criticism initially broke out after popular creator Philip DeFranco published a video sharing that his video about a “SJW” yelling at a Lyft driver was demonetized because of “excessively strong language.”

A YouTube spokesperson clarified with the Daily Dot on Wednesday that the policy of demonetizing videos due to advertiser-friendly concerns hadn’t changed, just the notification and appeal process for users who are demonetized.

For some creators, the fact that their videos had been demonetized for the past year without notification is the real problem.

ETC show hosts Rickyftw and EliotETC said in a video on Wednesday that they submitted all videos that had been previously been demonetized by YouTube’s automatic flagging system and the flagging was overturned by a human review process.

“Despite the fact that we played by the rules, our recent videos–and who knows how many videos in the past–were not providing any source of income for our channel for an extended period of time,” EliotETC said. “They are admitting tacitly that there was no reason for them to be demonetized and we’re pretty damn sure a lot of other creators’ videos are going to get reinstated.”

Rickyftw mentioned that some channels haven’t passed the human review process. He said he thinks YouTube is appeasing the bigger channels so people will stop talking about the issue.

Other creators voiced their apprehension over the censorship because they think YouTube is imposing on their freedom of speech. Chris Ray Gun said in a video that the direction he sees Twitter, Facebook, and YouTube all heading in is incredibly troubling, evoking George Orwell’s dystopian novel 1984.

“YouTube is its own form of free speech,” Gun said. “The fact that it’s being fucked in this completely Orwellian 1984 nightmare is concerning to me, it’s frightening to me, it scares me, and it enrages me.”

Criticism spread to Twitter when #youtubeisoverparty began trending on Wednesday. Creators shared what videos they posted that were flagged while consumers shared the sentiment that they may look elsewhere to watch videos.

Since YouTube’s original statement on Wednesday, the company has yet to release a response to creator’s complaints.