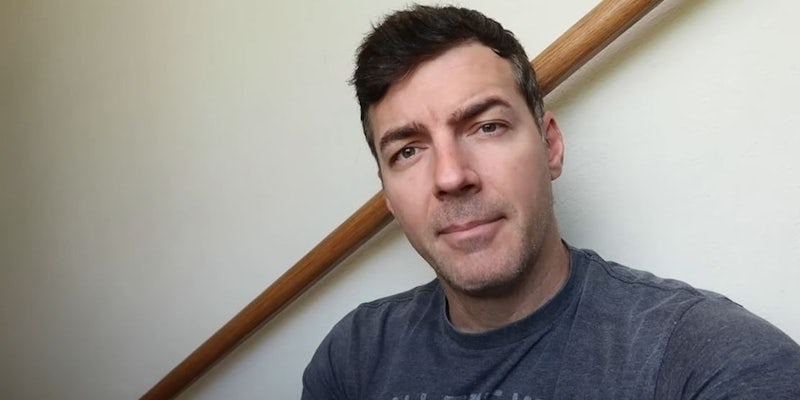 The ‘first professional YouTuber’ retires after losing 96% of his viewership

'I cannot live my life this way anymore.'

The YouTube star who runs the SMP Films channel and who calls himself the first professional YouTuber said he’s leaving the platform for good. The reason why? He said YouTube’s algorithm changes have caused him to lose 96% of his audience and much of his income.

“I always said I would stick through this. I would be here no matter what. I would never give up on YouTube,” Cory Williams, who has been vlogging for nearly 14 years and who runs the SMP Films (627,000 subscribers) and the LiveEachDay (420,000 subscribers) channels, said in a vlog last week. “The reason for this decision is because I feel like YouTube has given up on me.”

Williams said YouTube’s algorithm changes are the reason his five YouTube channels “are dying very quickly,” and he said his non-subscriber viewership—the people who haven’t subscribed to him but who watch his videos anyway—has plummeted as a result.

Williams said he hasn’t been feeling physically or mentally healthy because of his YouTube frustrations, and though he said he’s not mad at YouTube, he also said he can’t put his family at risk.

“I cannot live my life this way anymore,” Williams said. “I can’t live thinking that my career can be turned off by some smart robot who magically doesn’t want me to be seen for no apparent reason and nobody can explain it to me.”

Williams is one of the original YouTube stars. He was the first YouTuber to earn a corporate sponsorship (from Golden Palace Casino in 2015), and YouTube later made him one of its first 30 partners. He hosted a TV show on DirecTV, and he said he was the first YouTuber to appear in a feature film (Faded Memories) without an agent. The biggest hit of his career was “The Mean Kitty Song,” which has attracted more than 90 million views in 12 years.

Williams certainly isn’t the first high-profile YouTuber to leave the platform in the past few months. Soph, the 14-year-old far-right activist, had her channel terminated for hate speech. The Overly Attached Girlfriend said goodbye to her 1.2 million subscribers so she could move on with her life. And teen ASMR YouTube Life With Mak hung up her microphone for good after the platform removed several of her videos over pedophiliac concerns.

Williams, though, isn’t quitting the platform quite yet. He said he’ll post a few more videos, but by the time he gets to his 14-year YouTube anniversary in October, he’ll be finished. With YouTube, at least.

“This is not it for me,” Williams said. “I’m not done making videos. I’m either going to make my own platform or move to another platform. … I’m not looking to be a competitor to YouTube by any means. I’m just creating a place where I can create and not worry anymore about trying to please YouTube’s algorithm—the robot which is, in my opinion, destroying YouTube. I understand why it was created and I understand the need for it. But there are some things that have changed that just can’t be repaired anymore.”