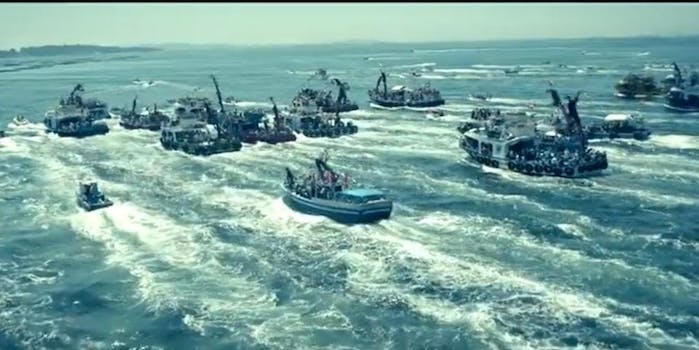 Nacho Carretero's revealing book's deserved much more than this.

Netflix continues to go all in on covering every facet of the transcontinental drug war’s heyday, adding yet another Spanish/Galician production, the undercooked Cocaine Coast (Fariña). Regrettably, the 10-part series hastens into a soft-boiled hybrid narco novella/biopic that’s equal parts Narcos knockoff and cheddar-cheesy soap.

Based on Fariña, Nacho Carretero’s revealing book about the drug war existing on the Galician coast during the 1980s, the author deserved better than his effort.

At its core, Cocaine Coast is a conventional tale of cops and robbers and of commoners getting themselves in over their heads—from mariners to drug-running mafiosos. Through the 1970s, Galicia suffered from an economic downturn that resulted in unemployed fishermen smuggling tobacco. But by the early 1990s, almost 80 percent of cocaine reaching Europe arrived through the Galician coastline.

Place and time hold critical throughout this series, as each episode—identified by year—takes place across a decade, from 1981-1990, in the crux and connection of the trans-Americas and trans-Atlantic drug trade race. The story follows the usual suspects—an overzealous new jack, a pack of old-head fishermen-turned-gangsters, and an aging cop with a problematic cough—principally located in Galicia. Located directly on top of Portugal, the autonomous coastal community is technically attached to Spain but maintains its own culture and a separate language.

Except for the fishing and hilly countryside, you’d expect the creators to take advantage of terrain and culture. Ultimately, none of it is utilized to the fullest.

Of course, there’s a mixture of results you’d expect. The aging cop (well played by Tristán Ulloa) gets his man, Sito Miñanco (Javier Rey.) In fact, the Galician administration, under Operation Velvet Crab, end up turning the tide by the end of the series.

Though the show’s creators and serviceable acting talent mean well, the principal issue with Cocaine Coast is the laziness in execution. Cocaine Coast‘s cartoonish violence, overacting, unusual musical scoring, and lousy action effects and costumes, especially the makeup, are problematic. Uneven directional tone and actions taken by every character involved made the entire plot appear absurd. The show runs much less serious than what was reported in real time or in Carretero’s virtually banned book.

Even worse, there’s an ample amount of shows that Cocaine Coast could have drawn from, or also improved upon—namely Netflix’s robust drug war offering, Narcos. The information told over 10 sometimes-laughable episodes, could have been easily condensed, or even better, shown via a documentary mini-series.